‘In the bullseye:’ Gulf preps for Laura to slam as hurricane

After a day as a hurricane, Tropical Storm Marco approached Louisiana for an expected landfall around midday Monday, while Tropical Storm Laura was forecast to move along Cuba's southern coast during the day before entering the Gulf of Mexico and heading toward the same stretch of U.S. coast later in the week, most likely as a hurricane.
Listen now to WTOP News WTOP.com | Alexa | Google Home | WTOP App | 103.5 FM
(1/24) 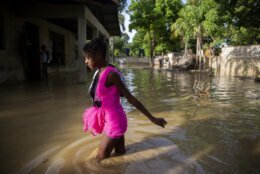 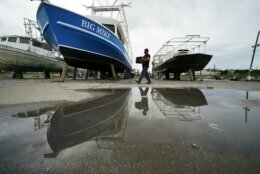 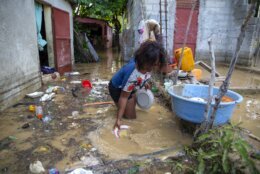 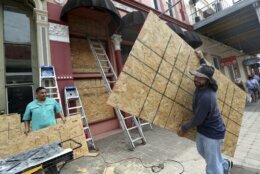 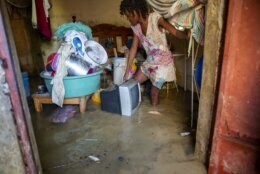 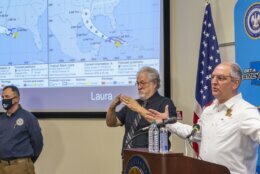 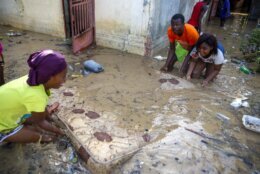 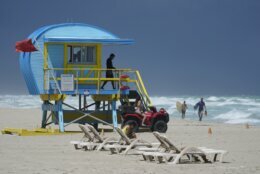 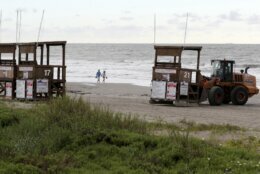 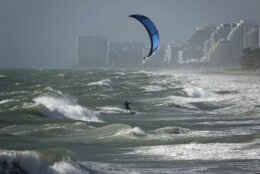 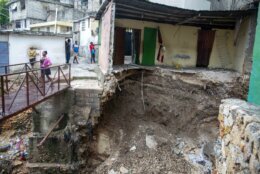 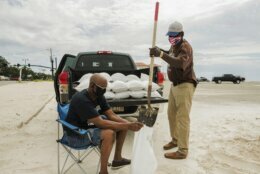 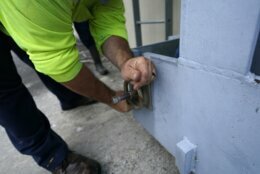 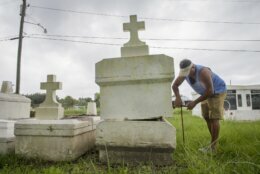 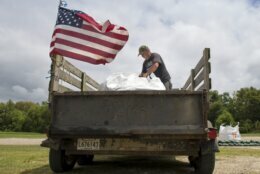 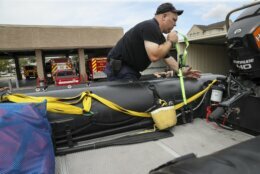 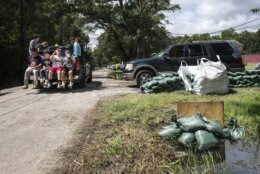 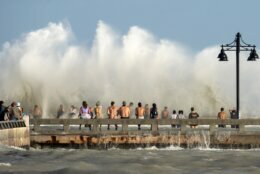 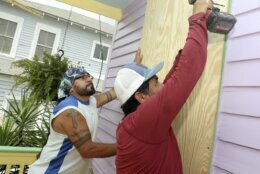 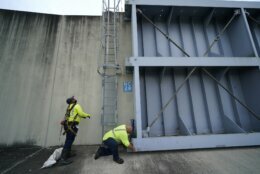 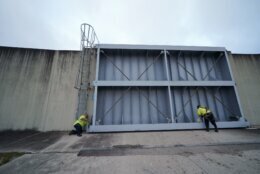 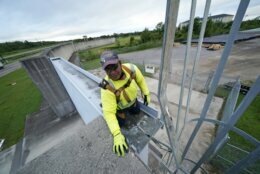 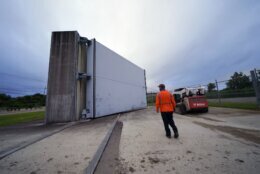 NEW ORLEANS (AP) — As Tropical Storm Marco made landfall, the Gulf Coast turned its attention Monday to Laura, another system following just behind that could grow into a supercharged Category 3 hurricane with winds topping 110 mph (177 kph) and a storm surge that could swamp entire towns.

Still a tropical storm for now, Laura, which is forecast to become a hurricane on Tuesday, churned just south of Cuba after killing at least 11 people in the Dominican Republic and Haiti, where it knocked out power and caused flooding in the two nations that share the island of Hispaniola. The deaths reportedly included a 10-year-old girl whose home was hit by a tree and a mother and young son who were crushed by a collapsing wall.

“Our sights are on Laura now,” Gov. John Bel Edwards told a news briefing. “It has the potential to be a major hurricane.”

Shrimp trawlers and fishing boats were tied up in a Louisiana harbor ahead of the storms. Red flags warned swimmers away from the pounding surf. Both in-person classes and virtual school sessions were canceled in some districts.

In Port Arthur Texas, Mayor Thurman Bartie warned that unless the forecast changes and pushes Laura’s landfall farther east, he will ask the city’s more than 54,000 residents to evacuate starting at 6 a.m. Tuesday.

“If you decide to stay, you’re staying on your own,” Bartie said.

Officials in Houston asked residents to prepare supplies in case they lose power for a few days or need to evacuate homes along the coast.

Across the border in Louisiana’s Cameron Parish, residents were preparing as well. Mandatory evacuation orders were issued for much of the parish, where officials said seawater pushed inland by the storm could submerge small coastal communities. In other coastal areas residents moved possessions to higher ground, filled sandbags and in one case, moved pews and other items from a church that has flooded before.

“Right now we’re right in the bullseye but that could change,” said Jeff Benoit, owner of B&O Kitchen and Grocery, a restaurant and Cajun food store in the southwest Louisiana city of Lake Charles. He was busy Monday, keeping track of what local officials were saying and preparing to shut the small business down if need be.

“It’s just a matter of putting up some meats, making sure that’s secure, best I can, anyway, and get the heck out of here,” Benoit said.

State emergencies were declared in Louisiana and Mississippi, and shelters were being opened with cots set farther apart, among other measures designed to curb coronavirus infections.

Edwards encouraged evacuees to stay with relatives or in hotels. But officials said they made virus-related preparations at state shelters in case they are needed.

As Marco was on its deathbed, the National Hurricane Center issued its first storm watches for Laura.

Heavy rain was expected across portions of the north-central Gulf Coast overnight, according to the National Hurricane Center. In Pensacola, Marco produced a one-day record rainfall of 2.22 inches, breaking a record set in 1961. But forecasters predicted Marco would no longer be a tropical storm by the end of the night.

More workers were being evacuated from production platforms in the Gulf of Mexico in anticipation of Laura’s arrival, reducing offshore oil and gas production to less than one-fifth the normal activity. The Interior Department said Monday that 281 platforms had been evacuated by around midday. That’s nearly half of those normally with workers on site.

The department estimated that 82% of oil production and 57% of natural gas production in the Gulf has been shut down.

Much of the region was also put under a storm surge watch. Forecasters warned of storm surge as high as 11 feet in western Louisiana. Add to that 4 to 10 inches of rain expected when Laura arrives starting late Wednesday.

Once Laura moves into the toasty waters of the Gulf of Mexico that serve as fuel for storms, forecasters predict it will rapidly strengthen to hurricane status ahead of an expected Wednesday landfall. The question is just how much.

“I would still give it a pretty decent chance of a Category 3 or 4, not necessarily at landfall, at least during its lifetime in the Gulf,” University of Miami hurricane researcher Brian McNoldy said. Many, but not all, storms in that area weaken just before landfall because of a late influx of dry air, he said.

The punch from back-to-back storms comes just days before the Aug. 29 anniversary of Hurricane Katrina, which breached the levees in New Orleans, flattened much of the Mississippi coast and killed as many as 1,800 people in 2005. Then a little less than a month later came Hurricane Rita which struck southwest Louisiana on Sept. 24 as a Category 3 storm.

On the Louisiana coast at Holly Beach in an area nicknamed the “Cajun Riviera,” Eric Monceaux was frantically packing what he could take with him. Hit first by Hurricane Rita in 2005 and again by Ike in 2008, he does not plan to come back if Laura does its worst.

“That would be strike three,” he said. “I’m 62, and I gave it two strikes. The third one is ‘strike three, you’re out’ like a baseball game.”