1920 — Jack Dempsey knocks out Bill Brennan in the 12th round at Madison Square Garden to retain his world heavyweight title.

1933 — Howie Morenz becomes the NHL’s all-time leading goal scorer in the Montreal Canadiens’ 2-0 victory against the Toronto Maple Leafs. Morenz scores the 247th goal of his career to move ahead of Cy Denneny. The milestone comes at the Forum. Montreal’s Lorne Chabot gets the shutout and the a game is played without a penalty being called.

1947 — The Cleveland Browns beat the New York Yankees 14-3 in the second AAFC championship game. It’s the second straight year the two team meet in the title game, with Browns coming out on top again.

1982 — Marcel Dionne of the Los Angeles Kings scores his 500th goal in a 7-2 loss to the Washington Capitals. Dionne is the ninth player in NHL history to reach the milestone.

1985 — UCLA beats American University 1-0 in the eighth overtime period, in the longest soccer match held in the United States, to capture the NCAA soccer title.

1986 — Dan Marino of the Miami Dolphins sets an NFL record with the seventh 400-yard game of his career as he passes for 403 yards and five touchdowns in a 37-31 overtime victory over the Los Angeles Rams. Marino hits Mark Duper with a 20-yard touchdown pass in overtime to win the game.

1991 — Desmond Howard, the nation’s second-leading scorer with 23 TDs, wins the Heisman Trophy by the second-biggest margin in history. The Michigan receiver beats runner-up Casey Weldon of Florida State by 1,574 points.

1997 — The New York Jets equal the NFL mark for greatest turnaround in modern NFL history with their 31-0 victory over Tampa Bay. The Jets, 1-15 last season, post their ninth win of the season.

2002 — Michael Jordan matches his career low with two points as the Washington Wizards beat the short-handed Toronto Raptors. The 39-year-old Jordan shoots 1-for-9 from the field, but has nine assists and eight rebounds as he matches his season high by playing 40 minutes.

2007 — Appalachian State, which kicked off the football season with the stunning upset of Michigan, ends the season with a historic victory. The Mountaineers are Division I-AA’s first three-peat national champion with a 49-21 win over Delaware.

2008 — Oakland becomes the first team to lose at least 11 games in six straight seasons after their 49-26 loss to New England. The Patriots’ 35 first-half points are the most scored against Oakland since the merger in 1970. 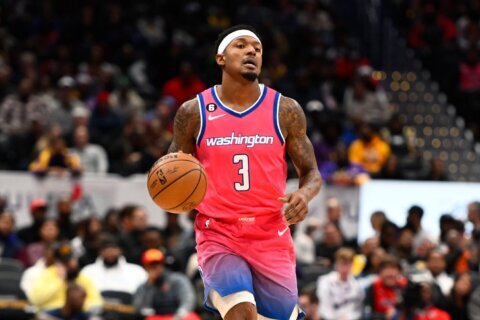 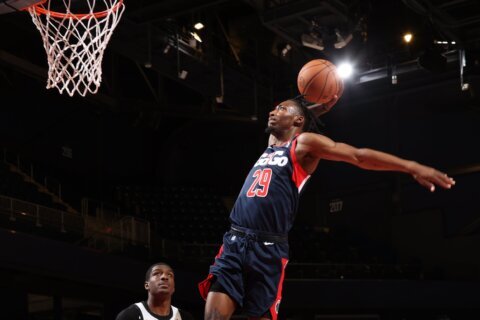