DENVER (AP) — The Denver Nuggets have agreed to a deal that would send guards Will Barton and Monte Morris to the Washington Wizards for Kentavious Caldwell-Pope and Ish Smith, a person with knowledge of the negotiations said Wednesday.

The person spoke to The Associated Press on condition of anonymity because the deal hasn’t been announced. It’s not likely to be finalized until the league’s offseason moratorium is lifted on July 6.

The trade becomes the latest move by Nuggets general manager Calvin Booth to reshape the lineup around two-time NBA MVP Nikola Jokic. Barton and Morris were both starters last season on a Nuggets team that was eliminated from the playoffs in the first round by eventual champion Golden State.

ESPN and The Athletic were the first to announce a deal was in the works.

Barton averaged 14.7 points and Morris 12.6 points on an injury-riddled Denver team that was missing point guard Jamal Murray (ACL recovery) for the entire year and Michael Porter Jr. (back) for most of it.

Both Barton and Morris have been key components, but the emergence of Bones Hyland gave the Nuggets the flexibility to orchestrate this type of trade.

Caldwell-Pope started 77 games for Washington, where he averaged 13.2 points and shot 39% from 3-point range. On top of that — and this should endear him to Denver coach Michael Malone — he’s a strong perimeter defender.

The 29-year-old Caldwell-Pope won an NBA title with LeBron James and the Los Angeles Lakers in 2020.

Smith is on the verge of joining his 13th NBA team. He started last season with Charlotte and was dealt to the Wizards in February. He played in 28 games for Washington.

The trade would be the second by Booth since gaining more front-office responsibility following Tim Connelly’s departure to Minnesota. Just before the draft, the Nuggets traded JaMychal Green and a 2027 protected first-round draft pick to Oklahoma City for Peyton Watson and two future second-round picks.

On draft night, Denver selected guard Christian Braun out of Kansas with the 21st pick. Braun helped the Jayhawks capture the NCAA national championship with a 12-point, 12-rebound performance in the title game.

Booth said at the draft the team has “work to do still this summer.”

“We’re trying to put together a team that’s going to maximize Joker’s peak years,” Booth added. “Right now, we have a lot of veterans and we have a good roster but probably have some more tweaking to do before we can say we’re done with the roster.”

Grant Hill on growing up in Virginia, wishing he played for Wizards 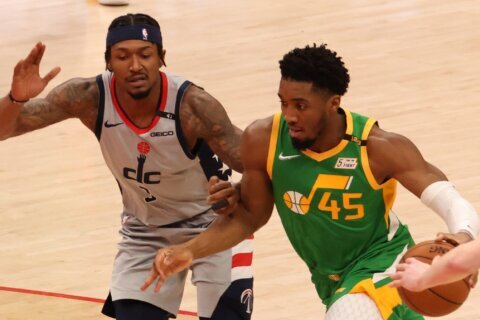 How would Donovan Mitchell and Bradley Beal fit together on the Wizards? 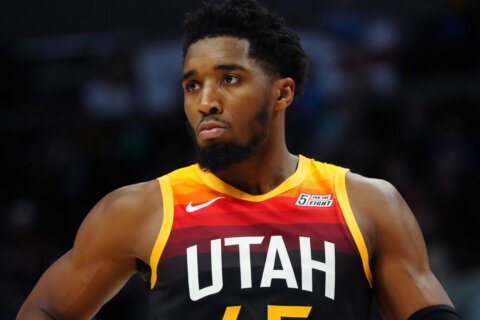