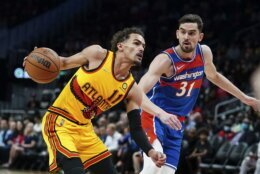 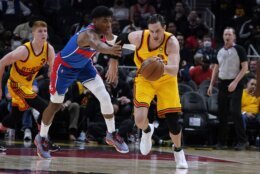 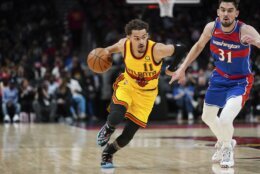 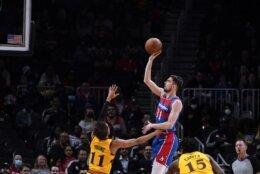 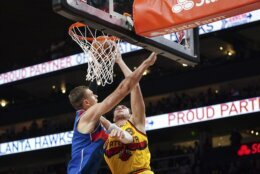 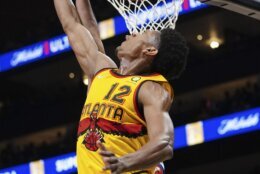 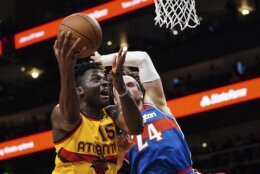 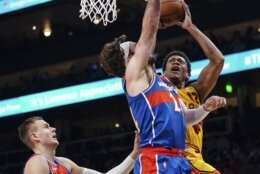 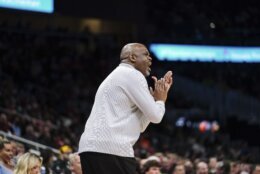 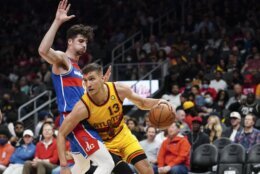 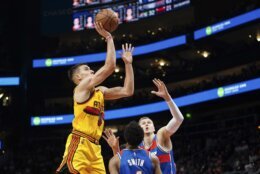 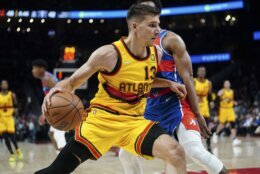 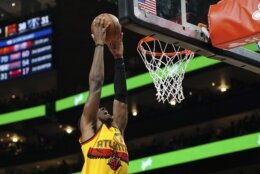 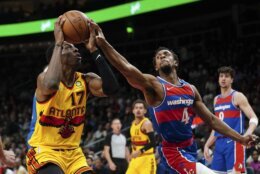 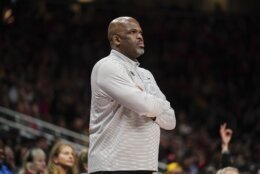 ATLANTA (AP) — When Trae Young hit a hot scoring stretch in the third period, the Washington Wizards knew they were in trouble.

Young scored 16 of his 30 points in the third period to help Atlanta stretch its lead and the Hawks beat the Wizards 118-103 on Wednesday night.

“Trae Young got it going and so they pulled away,” Washington’s Corey Kispert said.

The Hawks are ninth in the Eastern Conference, thanks to Brooklyn’s tiebreaker edge for eighth. Atlanta is bound for the play-in tournament with two games remaining in the regular season — both on the road.

The Hawks finished 27-14 at home, including a 19-3 mark since Jan. 17. Their goal is to have another home game in the postseason.

“I think we all kind of know what the deal is,” Young said. “We know what we need to do to take care of business.”

Danilo Gallinari had 26 points and 10 rebounds for Atlanta.

Atlanta led 76-70 with about six minutes remaining in the third quarter before Young unleashed a scoring spree that extended the lead. He scored 16 of Atlanta’s final 18 points in the period, stretching the advantage to 95-83.

“He kind of spearheaded that run in the third,” Wizards coach Wes Unseld Jr. said “That’s kind of where the game got away from us a bit.”

Young hit two 3-pointers and made all six of his free throws during the hot stretch.

“I just wanted to be more aggressive,” Young said. “I saw that Kristaps was more in drop coverage. I told our big men to set the screen. … I knew I was going to be able to hit that 3. I hit a couple of them.”

Gallinari made his first start since March 25. He missed a 118-108 loss at Toronto on Tuesday night with left knee inflammation and came off the bench in his most recent games.

Bogdan Bogdanovic had 18 points for Atlanta on a season-high six 3s.

Wizards: Despite shooting 57.1% (28 of 49) from the field in the first half, Washington trailed 67-65 at halftime. A key was turnovers. Atlanta committed only six turnovers; Washington had 14 that led to 16 points for the Hawks. … F Kyle Kuzma (right knee) missed his 10th straight game.

Washington backup center Daniel Gafford was the hot topic before the game after setting season highs with 24 points and 12 rebounds off the bench in a 132-114 win at Minnesota on Tuesday night. Most notably, Gafford played with Porzingis, the starting center, in a big lineup.

Unseld said before Wednesday night’s game “we’ll definitely go to it again at some point” in the team’s final three games. He didn’t wait long, bringing Gafford off the bench midway through the opening period while Porzingis remained on the floor.

Gafford scored the Wizards’ next basket and had six points in the period and 12 in the game.

Young added 11 assists. He posted his 20th game this season with at least 30 points and 10 assists, the most in the NBA.

Hawks: Close the regular season with games at Miami on Friday and Houston on Sunday. Atlanta is 15-24 on the road.