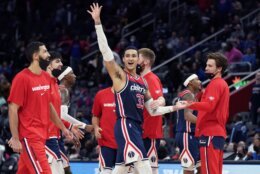 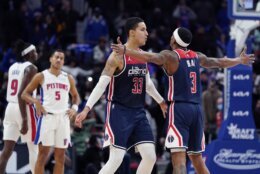 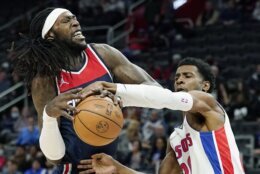 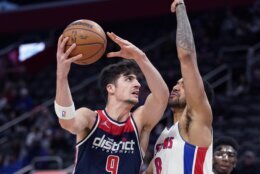 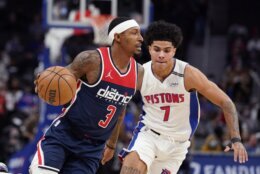 Kuzma scored 26 points and Bradley Beal added 25 for the Wizards, who blew a 13-point lead in the fourth quarter.

“This is a good win for us,” Beal said. “It wasn’t pretty, but we did what we needed to do to win the game. That’s always the goal.”

“In the NBA, you are going to get teams’ best defense at the end of games,” Pistons coach Dwane Casey said. “That means you have to have players who can create their own shots, and Cade and Jeremi are both able to do that for us.”

“They were playing with more desperation than we were,” Wizards coach Wes Unseld Jr. said. “We let our guard down in a situation where we need to be finding a way to put the game away.”

Isaiah Stewart scored to make it a two-point game, and Beal was called for a backcourt violation with 12.9 seconds left before Spencer Dinwiddie fouled Grant with 2.3 seconds remaining.

He hit both shots, and Beal’s jumper hit the side of the backboard as time expired.

“They made some tough shots, but we’ve got to stop turning over the ball,” Beal said. “That’s more on my (butt) than anyone else.”

Cunningham’s fourth layup of overtime made it 116-116 with 23 seconds left, but Kuzma hit the winner.

“I love Cade, but he makes me feel old,” Beal said. “I’ve been a fan of his since high school — I probably knew he was going to be a pro before he did. He’s going to be a problem for this league for a long time.”

Caldwell-Pope added 13 points for the Wizards, who outscored Detroit 52-38 in the paint and finished with a 13-7 edge on the offensive glass.

“They kicked our butts in the paint,” Casey said. “They broke our backs with the extra possessions and the points at the rim.”

“We weren’t ready to play at the start of the second half,” Casey said. “That’s unacceptable.”

Grant kept the Pistons in the game with 12 points in the period, but Washington led 89-86 going into the fourth quarter.

For the second quarter in a row, the Wizards caught Detroit flat-footed, starting with an 8-2 run. Casey called timeout after Kuzma’s 3-pointer made it 97-88 with 9:34 to play.

“The Pistons aren’t a team that are going to give up,” Unseld said. “They are struggling, but they have kept fighting all year.”

Wizards: Caldwell-Pope (2013) and Dinwiddie (2014) were drafted by the Pistons in back-to-back seasons and played two years together before Dinwiddie was traded to the Chicago Bulls.

Pistons: Cunningham picked up the first technical of his career for arguing a second-quarter call. 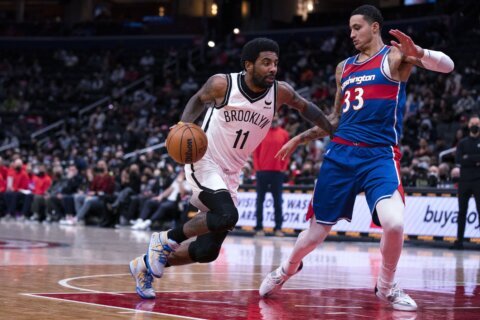 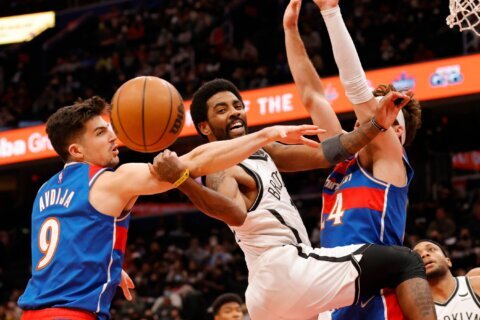 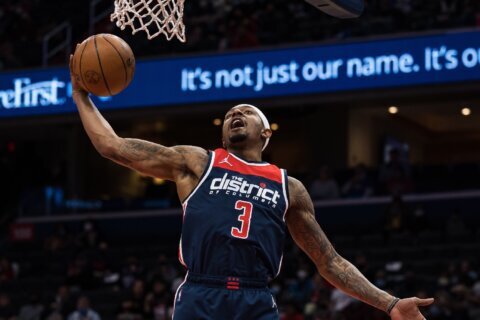