Michigan’s Juwan Howard does not dismiss the meaning of the Sweet 16 coaching matchup against his old friend and mentor, Leonard Hamilton of Florida State.

They are both Black, and this marks the only meeting between two African-American coaches in the regional semifinals this weekend.

But Howard says he doesn’t consider the race element, or the fact that they’re going against each other Sunday, as the most important thing that ties him to Hamilton.

“We’re two men able to empower young men to go out there and live their dreams,” Howard said. “It’s special to see what Coach Ham has done for the program and for the young men he’s been empowering for many, many years.”

Hamilton and Howard became close during a season they spent together with the Washington Wizards — Howard as a player and Hamilton during his one year there as head coach.

Howard listed Hamilton, along with John Thompson and John Chaney, both of whom have died in the past year, as Black coaches who have paved the way for coaches such as himself.

“The list goes on and it keeps growing, and Coach Hamilton will always be that friend and father figure who I’ll always lean on,” Howard said.

Tinkle’s father, Wayne Tinkle Sr., was the dean of students at Loyola Chicago and he would often go to work with him in the mornings.

“I grew up on their campus,” Tinkle said. “Some of my most fond memories were in the summer, going to his office at Water Tower Place.”

The youngest of 11 children, Tinkle grew up in Chicago, attending Ramblers and Chicago Cubs games before moving to Spokane, Washington.

Tinkle said he prayed his team would get matched up in the NCAA Tournament and it was answered when the 12th-seeded Beavers beat Oklahoma State and the No. 8 Ramblers took out No. 1 seed Illinois.

“Coach (Porter) Moser is doing a great job and they’re a hell of a team, but this is really going to mean something extra special for me and my family,” Tinkle said.

Sister Jean is heading to Indianapolis on Friday in case there’s a traffic delay. She doesn’t want to miss any of Loyola Chicago’s latest March run.

The 101-year-old team chaplain was a prominent figure during the Ramblers’ 2018 Final Four run and was in Indianapolis last weekend to watch them win the first two games on the 2021 bracket.

Sister Jean was there when Loyola Chicago won the 1963 national championship and no way she’s going to miss seeing them have a chance to reach the final weekend for the second time in three years.

“I waited since 1963 because I saw that game, too,” she said. “If we got this, it would be perfect. They’re working toward it, and I believe they still can do it. One never knows what’s going to happen in a basketball game on the floor that night.”

The longer teams remain in the NCAA Tournament, the more monotonous the days become as they try to avoid COVID-19 infections that could spoil their entire stay.

Most of the days are spent at practice or in the hotel, but coaches have set up excursions to keep their spirits up while they wait.

Teams are allowed access to a minor league ballpark near the convention center, where cornhole games, badminton and pickleball courts have been set up, along with soccer ball and footballs in open spaces to allow social distancing.

Some teams have taken guided tours of the Indianapolis Zoo and trips to Topgolf have been arranged. Oregon State’s coaches and players even had a “Happy Gilmore” competition at Topgolf.

“We’ve got to keep them fresh and in a good mental state,” Beavers coach Wayne Tinkle said. “For these student-athletes, this grind has been a tough one.” 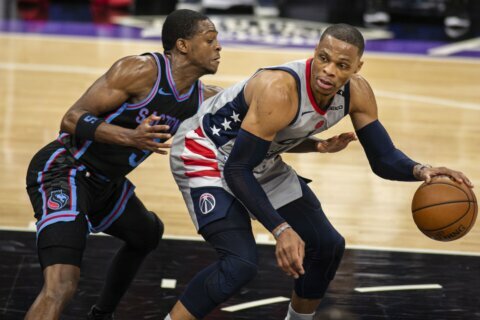 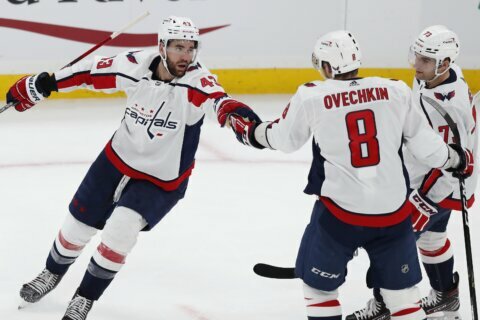