Rui Hachimura just wrapped up his rookie year — and it was a rough one for his Washington Wizards, who…
Listen now to WTOP News WTOP.com | Alexa | Google Home | WTOP App | 103.5 FM

Rui Hachimura just wrapped up his rookie year — and it was a rough one for his Washington Wizards, who yet again missed the playoffs — but he knows enough to recognize the biggest two reasons to have at least a modicum of hope looking ahead.

“When John and Brad return,” said the first Japanese player to be taken in the NBA draft’s first round, “it’s going to be a fun team.”

That could be. Not really anywhere to go but up, after all, given that the Wizards went 25-47 overall this season without point guard John Wall, including just 1-7 during the league’s coronavirus pandemic restart in Florida without shooting guard Bradley Beal, who cited a bum shoulder in opting out.

Only seven of the NBA’s 30 clubs finished the regular season with a worse winning percentage, so it is hard to know exactly what Washington is capable of becoming as it moves forward.

Much will depend on how this offseason unfolds.

“We have some decisions to make,” coach Scott Brooks said.

Without their two All-Stars and far-and-away best players, Wall and Beal, the Wizards lost their first seven games of the restart before closing things with a meaningless victory in the finale.

Wall missed all of 2019-20 recovering from a torn Achilles tendon. After the season was interrupted in March, Beal sat out the restart, citing a shoulder issue. The Wizards also were without Davis Bertans, their second-leading scorer, in Florida because he opted out as he awaits free agency.

“I knew,” Brooks said of the outlook heading into the season, “we were going to have some challenging times.”

Barring a trade, these are the two guys who are going to determine when — or whether — Washington turns things back around. This was a competitive playoff team not that long ago, but Wall’s injuries have kept him off the court, and Beal has not had much in the way of help. Beal was terrific all season, including a couple of back-to-back 50-point games and a scoring average of 30.5 ppg that put him second in the NBA to James Harden.

Brooks and general manager Tommy Sheppard both are well aware they need better defense, a long-running theme with the Wizards. Their opponents this season averaged 119.1 points; only one team in the entire league (Atlanta Hawks, 119.7) was easier to score against.

Hachimura earned a starting forward spot in training camp and, while he went through the sorts of ups and downs most rookies do, showed some growth. He wound up averaging 13.5 points, third on the team, and 6.1 rebounds, which put him second. Brooks saw improvement, but wants more. “He’s going to have to be able to guard different types of players,” Brooks said, “and not just the traditional power forward.”

Brooks and Sheppard wanted to see development this season and there was some, particularly from center Thomas Bryant and 2018 first-round pick Troy Brown Jr. There’s still work to be done. “A lot of good growth, a lot of good bonding experience,” Brooks said. “The only thing: We didn’t win the games we wanted to win.” 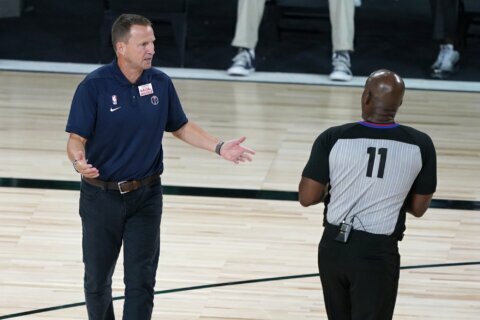 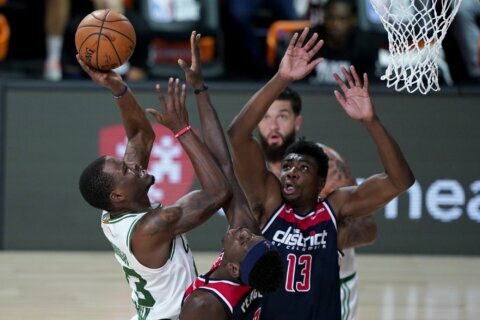