MIAMI (AP) — Jimmy Butler scored 28 points and had his second triple-double of the week, Bam Adebayo had a…

MIAMI (AP) — Jimmy Butler scored 28 points and had his second triple-double of the week, Bam Adebayo had a career-high 24 points and the Miami Heat beat the Washington Wizards 112-103 on Friday night.

Butler finished with 11 assists and 11 rebounds for Miami, which is 9-0 at home for the first time in franchise history. Tyler Herro scored 22 points and Adebayo grabbed 13 rebounds for the Heat.

Bradley Beal scored 23 points for Washington, including a 3-pointer late to get the Wizards to 95-94. Butler answered that with a 3-pointer to give the Heat some breathing room, then connected on another 3 with 1:04 left to put Miami up 111-103.

The Wizards took a 40-29 lead early in the second quarter — significant because it was the first time this season that Miami trailed by double digits at home. The Heat trailed Memphis by eight in the season-opener on Oct. 23, then basically cruised in most of their other games facing nary a deficit along the way.

This time, they had to work all the way to the end — yet found a way.

Duncan Robinson’s 3-pointer off Butler’s 10th assist put the Heat up by seven with about 3:30 left, and back-to-back jumpers by Butler essentially put the game away. The Heat trailed 65-61 at the half, then held Washington to 38 points in the final two quarters.

Wizards: Washington has scored 100 or more points in 19 consecutive games, the franchise’s second-longest streak in the last 30 years. It had a 23-game run from Jan. 3 through Feb. 24, 2017. … Bertans has 16 games with at least three 3-pointers made this season. The only players with more are Houston’s James Harden and Minnesota’s Karl-Anthony Towns, both with 17.

Heat: Adebayo’s previous career best was 22. … Butler had a special guest at the game — his former coach in Chicago, Tom Thibodeau. … Friday started the first of two different four-game homestands for the Heat in December. They have a season-best five-game homestand from Feb. 26 through March 4.

Heat coach Erik Spoelstra and wife Nikki welcomed their second son, Dante Nicholas, into the world this week. Spoelstra missed Wednesday’s game in Boston but was back Friday — with all well on the home front. “My wife and I are thrilled. Everybody’s healthy. Everybody’s home,” Spoelstra said. “It’s been a crazy 48 hours, to say the least. But we’re all home and the house is a little bit louder than it was before.” 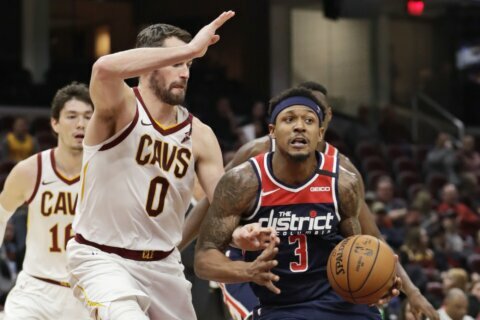 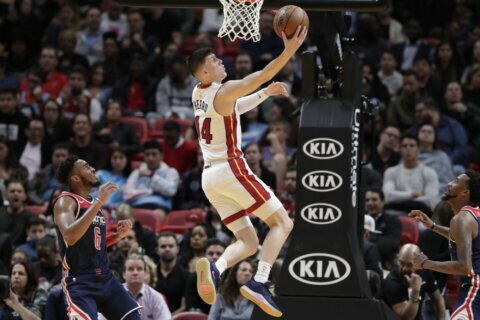 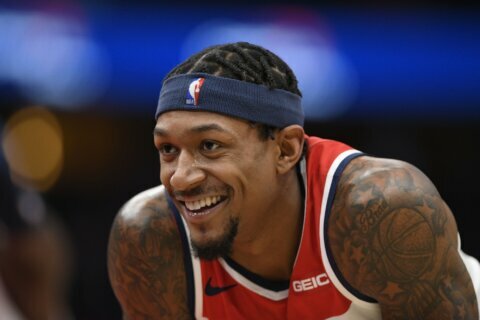