WASHINGTON (AP) — It wasn’t supposed to be this way.

Sure, the Washington Redskins weren’t picked to make the playoffs or even contend this season. Yet a defense with safety Landon Collins, cornerback Josh Norman, linebacker Ryan Kerrigan and defensive linemen Jonathan Allen and Daron Payne was expected to be their strength and help them win some games.

Instead, the unit is ranked 22nd in the NFL and gave up 400 yards and 34 points Sunday to the New York Jets, who entered with the league’s worst offense. It’s no coincidence this team is 1-9.

Cornerback Quinton Dunbar said the Redskins got their butts kicked on defense in the 34-17 loss, and it’s hard to argue there aren’t more butt-kickings ahead.

“We’re missing tackles; we’re leaving guys open,” Kerrigan said. “Defensively, those are mistakes you can’t overcome. I mean, it’s hard enough to win in this league when you’re playing well and doing things the right way. When you’re making mistakes and beating yourself, you have no chance.”

With rookie quarterback Dwayne Haskins making his share of rookie mistakes, there’s a chance Washington is favored in just one more game this season. The Redskins opened as a 1½-point home underdog against the Detroit Lions, who come to town with backup QB Jeff Driskel.

Running back Derrius Guice is back from another knee injury and looks legit. Even though much of it came in garbage time, his 45-yard screen pass touchdown and 24 yards on the ground showed the 2018 second-round pick could be a force when healthy.

“I felt really proud of Derrius and everything he’s had to overcome and all of the adversity he’s had in his career,” Haskins said. “That’s my brother. For him to rely on me, for me to lean on him, and for us to make plays for each other, it meant a lot for me. I know that he really wanted that touchdown, and he’d seen a lot of plays to get there.”

The offense. The defense. Maybe special teams, too, if punter Tress Way is injured.

Most specifically, the focus is on Haskins, who was 19 of 35 for 214 yards, two touchdown passes and an interception against New York in his first game since being named the full-time starter. The Redskins need to protect Haskins better after he got sacked six times by the Jets and overall must develop some — any — offensive rhythm.

“I don’t think we’ve given up six sacks in a while around here,” interim coach Bill Callahan said. “Just to give those up under really simple pressures — there was nothing really exotic about the pressure package that we were facing, we were prepared for it, we knew where (Jets safety Jamal Adams) was coming from, we knew the line, we knew what their stunts were. That was disappointing. I expected more from our players. I think they would tell you the same thing. We could’ve done better, much better.”

They’re going to have to in order to really see what Haskins can do in the NFL.

Even though Haskins and third-round pick Terry McLaurin were teammates at Ohio State, sixth-round pick Kelvin Harmon was his most popular target against the Jets. Harmon caught five of six balls thrown his way and, along with the smaller McLaurin and Trey Quinn, gives Haskins a big receiver to throw to when things break down.

Right guard Brandon Scherff is a two-time Pro Bowl selection, but he lost his cool after being flagged for holding and wound up costing Washington even more with an unsportsmanlike conduct penalty. Scherff, a pending free agent who will likely be elsewhere unless he’s franchise-tagged, is tied for the team lead with seven penalties.

All eyes are on Payne, who injured his right ankle and was seen Monday in a walking boot, and Way, who was hobbled when New York’s Harvey Langi roughed him on a punt in the third quarter. Because it’s a lost season, the Redskins should probably play it safe with Payne, their 2018 first-round pick, and Way, their best player.

49.28: Washington’s defense is allowing opponents to convert on 49.28% of third downs, the highest rate in the league. Communication issues have lingered.

“It’s just getting old,” Dunbar said. “At some point, as a grown man in a professional football league, you’ve got to get it together. As a group — not just singling anyone out, but everybody as a whole — you’ve got to get better at communicating and taking pride in wanting to communicate.”

Callahan said he wouldn’t be firing defensive coordinator Greg Manusky or making any other staff changes, so the Redskins continue to be the definition of insanity by doing the same thing over and over and expecting different results. 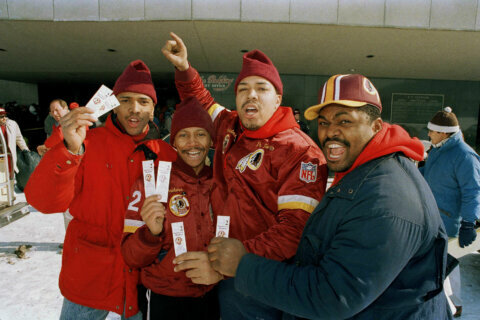 What could team memorabilia be worth after Washington’s name change? 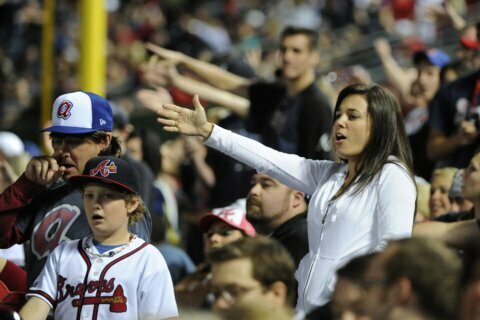