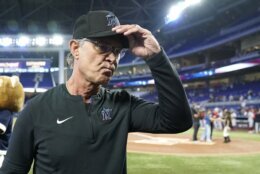 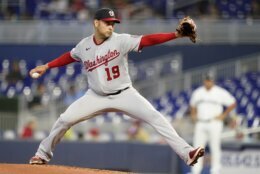 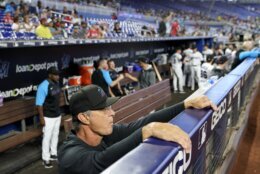 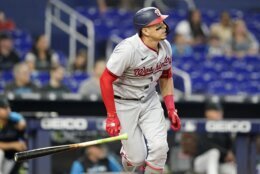 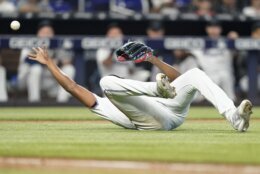 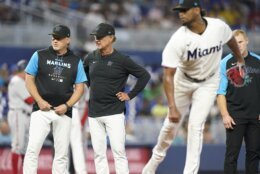 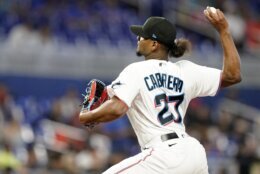 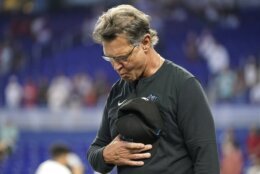 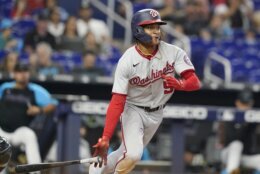 The Marlins are 63-90 in Mattingly’s seventh year, and he is the team’s all-time leader in managerial wins. His contract expires after this season, and both sides agreed it is time for a new voice to lead the club.

“You always try to follow your heart and that’s what I do,” Mattingly said. “You know what’s inside of you and what is the right thing. I think it’s best for the organization that we have a new voice and move forward.”

Under Mattingly, the Marlins qualified for the playoffs in the pandemic-shortened 2020 season and won a first-round series against the Chicago Cubs. But Miami finished under .500 in his six other seasons guiding the club.

“It’s a tough day, especially for me,” said Marlins infielder Miguel Rojas, who played for Mattingly during his entire tenure in Miami as well as when he broke in with the Los Angeles Dodgers. “We’ve had a long career together. For me, he is like a father on the field. I’m definitely going to miss him.”

The 38-year-old Sánchez (3-6) gave up two hits, continuing a recent string of solid outings. He walked two and struck out four, lowering his ERA to 1.31 in his last seven starts.

“The preparation for the games has been the key,” Sánchez said. “Execute everything that I’ve worked for has helped a lot with the type of game I had today.”

Rookie Joey Meneses hit his 12th homer and C.J. Abrams had three hits for the Nationals (53-99), who avoided a three-game sweep against the Marlins and their 100th loss. Miami won the season series 15-4.

Marlins starter Edward Cabrera exited with a right ankle strain after he landed awkwardly while attempting to field Victor Robles’ two-out bunt single in the fourth. The right-hander threw several warmup pitches before being removed.

Cabrera (6-4) allowed two earned runs, six hits and struck out three. He underwent X-rays and the results were negative.

“Despite what happened with my ankle, I didn’t want to leave the game,” Cabrera said. “But I felt some discomfort while I warmed up.”

For the second consecutive day, Meneses gave Washington a quick lead by going deep in the first. Meneses connected for a two-run drive.

The Nationals increased their lead in the fourth after Abrams raced home on Marlins catcher Nick Fortes’ errant throw to second on Robles’ successful steal.

Abrams’ RBI single and Ildemaro Vargas’ run-scoring double in the eighth made it 5-0.

“I’m just swinging at strikes and not chasing and getting myself out,” said Abrams, who finished 6-for-10 in the series. “Swinging at balls I can drive and get on base.”

Lewin Díaz homered for Miami to lead off the eighth.

Standing at third, Abrams ran and slid past Fortes’ tag on Robles’ bunt to Cabrera in the second. But home plate Bill Miller didn’t make an immediate call, determining that Abrams had not touched the plate. Fortes chased Abrams as he neared the dugout and tagged him. The Nationals unsuccessfully challenged that Abrams touched the plate.

Nationals: OF Yadiel Hernández (left calf strain) will remain in Miami to continue his rehab and not stay with the club for the final week of the season.

Nationals: RHP Cory Abbott (0-3, 4.85) will start the opener of a three-game home series against Atlanta on Monday.

Marlins: RHP Pablo López (9-10, 3.88) will start the first of a two-game road set against the New Mets on Tuesday night. In his previous start against the NL East leaders, López gave up eight runs and 10 hits in 3 2/3 innings.