Nolan Gorman broke out of a slump with a homer and a pair of RBIs, and the St. Louis Cardinals beat the Washington Nationals 4-1 on Tuesday night.
Listen now to WTOP News WTOP.com | Alexa | Google Home | WTOP App | 103.5 FM
(1/13) 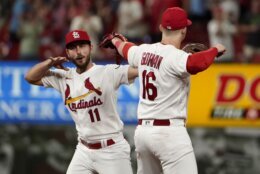 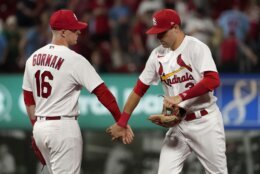 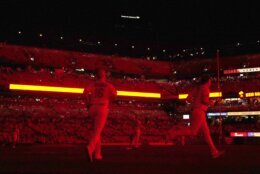 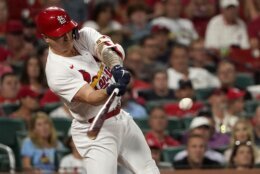 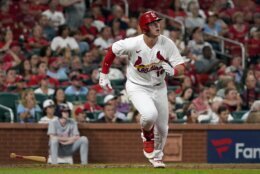 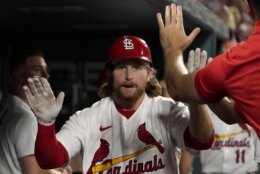 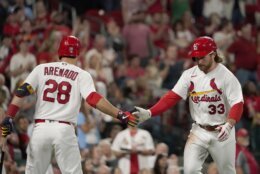 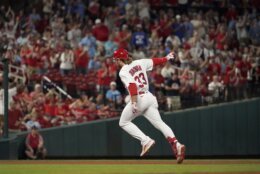 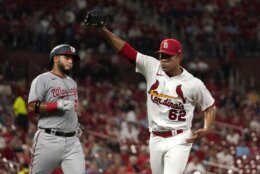 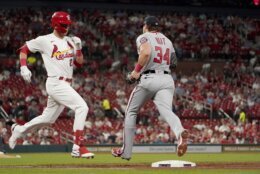 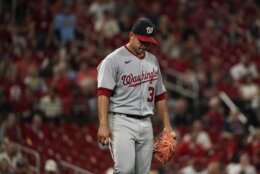 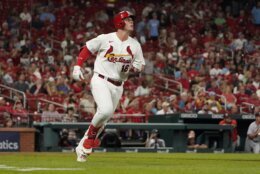 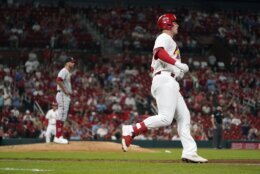 ST. LOUIS (AP) — Nolan Gorman broke out of a slump with a homer and a pair of RBIs, and the St. Louis Cardinals beat the Washington Nationals 4-1 on Tuesday night.

Gorman said time spent with hitting coach Jeff Albert helped him after the rookie had just one hit in his previous 12 at-bats. Gorman had eight strikeouts during that span.

“There’s been a lot of work, a lot of talks,” Gorman said. “Just putting good work down there and I’m trying to get stuff to translate.”

José Quintana (5-6) gave up a run on five hits and he struck out five in five innings to earn his first win since Aug. 10. The Cardinals have won five of their last six games and 19 of their last 22 at Busch Stadium.

“Used the fastball well,” Cardinals manager Oliver Marmol said of Quintana. “Increased the usage of the fastball, pitched in well, pitched up well with it, which will allowed the sinker to play and his off-speed stuff to play.”

Jordan Hicks pitched two scoreless innings and Giovanny Gallegos turned in a perfect eighth in relief. Ryan Helsley pitched around a leadoff double to earn his 14th save in 18 opportunities.

“Hitting is contagious no matter what,” Donovan said. “Any way we can scratch on the cross, I think it’s good, just keep rolling. But I mean, this offense can pop off at any time.”

Gorman added to the lead with a solo home run off Steve Cishek in the seventh.

“We needed it and he needed it,” Marmol said of Gorman’s homer. “Hopefully that’s something he could build off of, just from a confidence standpoint. He’s been working hard at it so it’s good to see a little reward.”

Ildemaro Vargas’ RBI single in the second gave the Nationals a 1-0 lead.

Cardinals slugger Paul Goldschmidt was held to one hit and did not drive in a run as he continued his Triple Crown pursuit. Goldschmidt leads the NL with his .329 average and 107 RBIs. His 34 homers trails Philadelphia’s Kyle Schwarber (36) and Atlanta’s Austin Riley (35).

Goldschmidt has left an impression on Gorman.

“Just try to be a complete hitter and compete and swing at good pitches,” Gorman said. “You see guys like Goldy who are able to do that at this level and stay consistent.”

“There’s no panic in this clubhouse,” Donovan said. “We show up prepared and play hard. So, what happens yesterday, once midnight hits that day’s over with. On to the next day.”

Hall of Fame manager Whitey Herzog was shown on the video board in the sixth inning. Herzog led the Cardinals to a World Series Championship in 1982 and also made appearances in the Fall Classic in 1985 and 1987.

RHP Cory Abbott (0-2, 4.39 ERA) will get the start for the Nationals in the third of a four-game series Wednesday night, while the Cardinals counter with LHP Jordan Montgomery (8-3, 3.15 ERA). Abbott will make his second career start at Busch Stadium after giving up a pair of runs in five innings as a member of the Chicago Cubs on Oct. 1, 2021. Montgomery, who is making his first career start against Washington, pitched six shutout innings against the Cubs in his last outing on September 2. 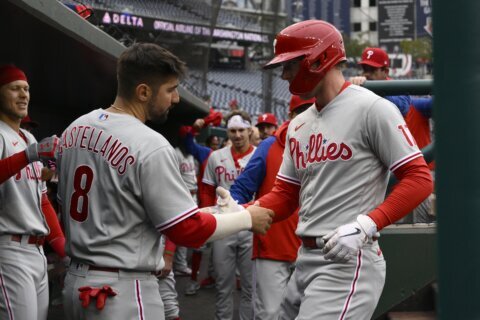 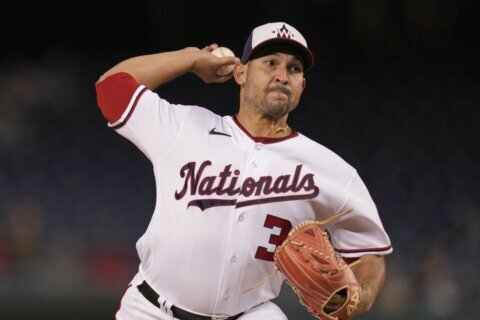