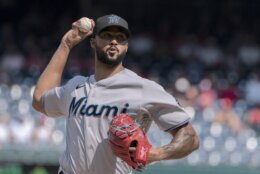 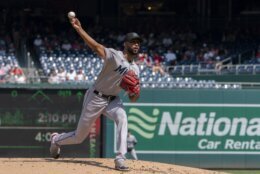 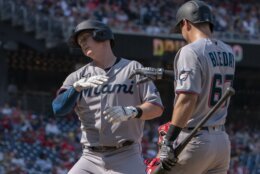 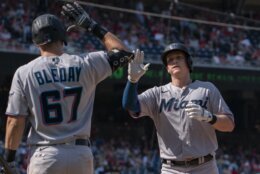 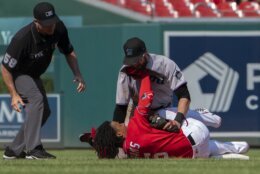 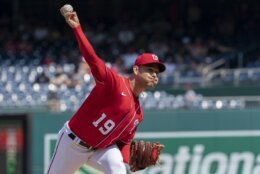 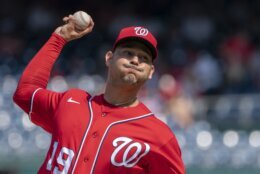 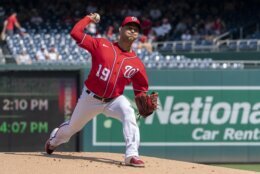 WASHINGTON (AP) — Sandy Alcantara pitched his major league-leading fifth complete game, a seven-hitter that led the Miami Marlins over the Washington Nationals 3-1 on Sunday to avoid a series sweep.

Alcantara (13-8) struck out seven and walked one, throwing 103 pitches. His 2.37 ERA is second in the National League to the 2.27 of the Los Angeles Dodgers’ Julio Urías, and Alcantara leads the major leagues with 212 2/3 innings. He is 3-0 with a 0.84 ERA in four starts against Washington this season.

Alcantara felt he could throw a complete game from the first pitch Sunday.

“When you know your stuff is there to compete, you don’t have to worry about it,” he said.

Alcantara, who got his first win in four September starts, has pitched 17% of the 29 complete games in the major leagues this season. Houston’s Framber Valdez (three) and Philadelphia’s Aaron Nola (two) are the only other pitchers to throw more than one.

“It is impressive because it’s so different now,” Miami manager Don Mattingly said. “I saw a thing on Sandy Koufax and he had like 28 complete games one year. This is probably the equivalent to it, really. Throwing five in today’s game, nobody really wants you to do it.”

The Marlins never got anyone up in the bullpen, even as Alcantara worked around consecutive two-out singles in the eighth. Alcantara allowed only four runners to reach scoring position.

“When he gets outs whenever he needs it. It’s pretty impressive,” Washington designated hitter Luke Voit said. “He’s having a great year. Obviously, he’s in the Cy Young hunt. Credit to him. He’s throwing about 10 pitches almost every inning.”

Garrett Cooper hit a sixth-inning homer to left-center for Miami, which had lost seven of nine.

Washington, a major leagues-worst 51-95, has not swept a series this season. The Nationals are 3-13 against the Marlins.

Luis García hit a sacrifice fly in the fourth for the Nationals.

Aníbal Sánchez (2-6) allowed two runs in six innings while striking out three. The right-hander has not allowed more than two runs in each of his last six starts, and he’s lowered his ERA from 7.20 to 4.40 in that span.

Bryan De La Cruz had a two-out RBI single in the second and a run-scoring grounder in the ninth.

Nationals: DH Nelson Cruz (eye inflammation) remained out of the lineup for the fourth consecutive game. “He’s still having focus issues, so he’s going to be day-to-day,” manager Dave Martinez said. “Hopefully, the drops continue to work and he’ll wake up one day and say he’s good to go.” … OF Lane Thomas was out of the starting lineup for the first time since Aug. 13. He is 0 for 11 against Alcantara.

Nationals: RHP Cory Abbott (0-2, 4.37) faces Atlanta for the first time in his career Monday as Washington begins a three-game series against the Braves. 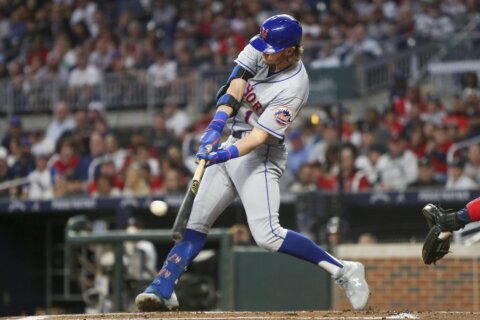 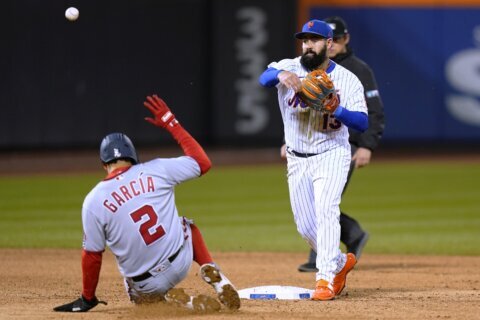 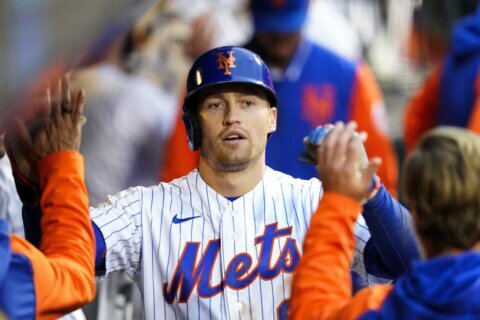