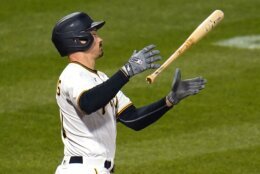 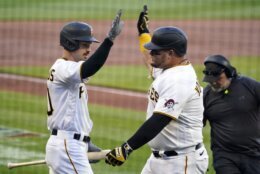 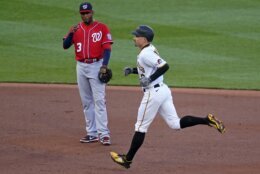 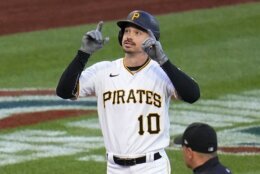 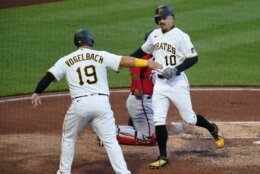 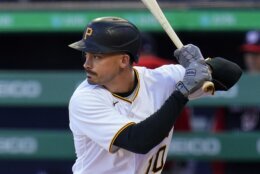 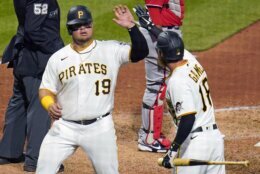 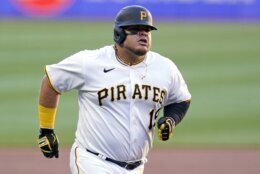 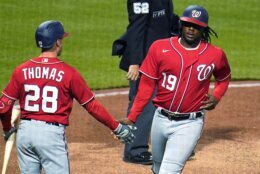 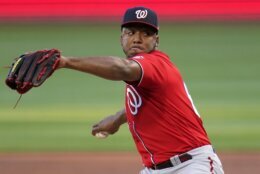 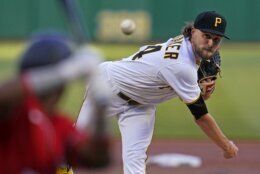 Daniel Vogelbach led off a game with a home run for the first time in the big leagues and matched his career high with four hits.

Reynolds, an All-Star centerfielder, tied the score 3-3 with a drive to right-center in a four-run third inning, and Kevin Newman hit a go-ahead, two-run double.

“It was a pretty good day,” Reynolds said with a wry smile. “It’s good to hit a home run any day, though. I’m not too particular about when I hit them but it’s always good to hit one in a win.”

“It was exciting and very emotional as well,” Contreras said through a translator.

Added Pirates manager Derek Shelton: ““When you have a lot of young players that come to the big leagues, you have a lot of firsts and check off boxes. It’s always exciting to see a pitcher get his first win and Roansy pitched great.”

“I think it’s just pure location,” Nationals manager Dave Martinez said of Adon’s struggles. “His misses were bad and then when he threw a strike, it was right down the middle. He was missing spots pretty much all night. It’s a factor of just being young. We’ve really got to get him to understand how to attack the strike zone on hitters and follow the game plan.”

After Washington got within a run on Maikel Franco’s sacrifice fly in the fifth, the Pirates answered with single runs in the fifth and sixth innings and two more in the seventh to make it 9-4.

Roberto Pérez hit an RBI single in the fifth and Yoshi Tsutsugo lifted a sacrifice fly in the sixth. Vogelbach doubled in a run and scored on Ben Gamel’s bases-loaded walk in the seventh.

“It’s always good to have games like that,” Vogelbach said. “My job as a DH is to hit. It’s what I’m here for is to hit and get on base for the guys behind me. Just try to do it every single night. It, obviously, doesn’t work every night but just try to have the same approach”

The Nationals scored three runs in the first. Ruiz hit an RBI single and Hernandez followed with a two-run single.

Reynolds had been asking for $4.9 million in arbitration and the Pirates countered with $4.25 million. He will get $6.75 million this season and next.

“I always hoped this would be the outcome and it was the outcome, so I’d say this was a win-win,” Reynolds said.

Nationals: CF Dee Strange-Gordon was a late scratch after becoming ill before the game. He was replaced in the lineup by OF Lane Thomas.

Pirates: RHP Zach Thompson said he was fine after being struck on the back of the right shoulder by a line drive in Wednesday’s win over the Chicago Cubs. “No swelling, just a bit of a scare,” Thompson said. … RHP Duane Underwood, who was injured on opening day, said his strained right hamstring is improving. He could begin a minor league rehab assignment next week. 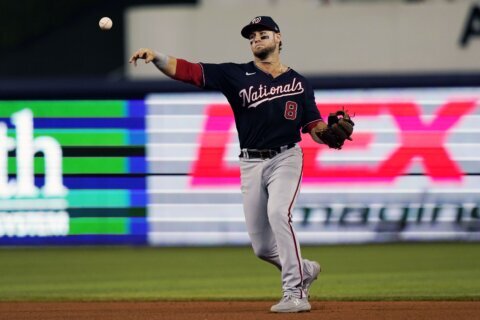