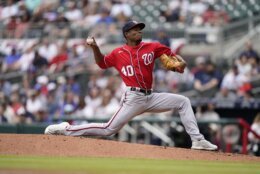 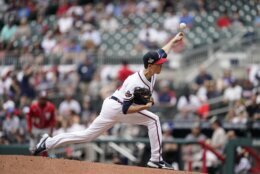 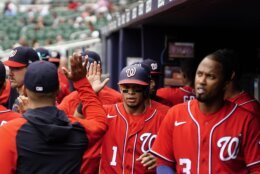 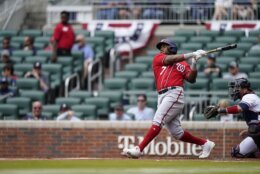 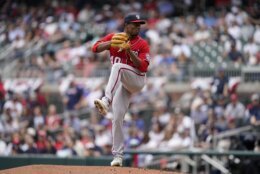 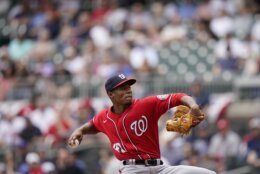 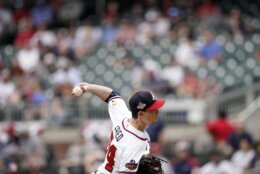 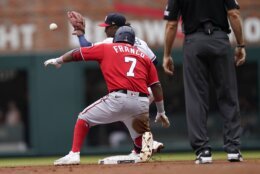 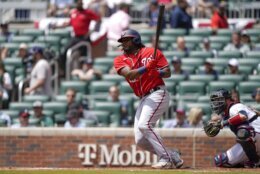 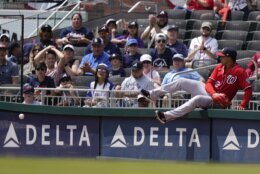 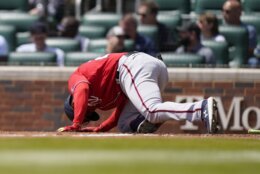 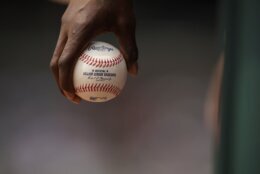 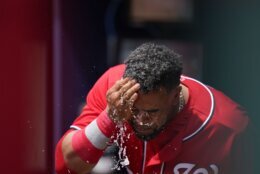 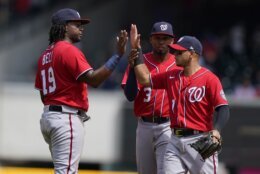 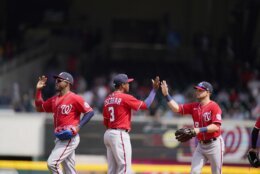 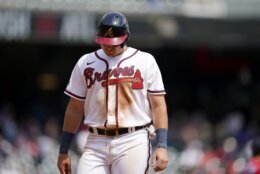 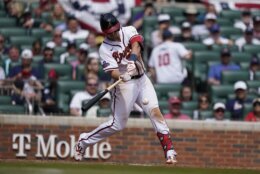 The Nationals won two of three in the series, dropping the World Series champions to 3-4 on their opening homestand.

The series win was a confidence boost for Gray, making his third career start against Atlanta, and the Nationals.

“When you see guys time and time again and you continue to get them out, it gives you that extra confidence my stuff is still playing,” Gray said. “They’re still having a difficult time in picking up my stuff. It definitely gives you confidence.”

Austin Riley homered off Kyle Finnegan in the sixth.

Gray (1-1) struck out five, walked three and also hit a batter. His only trouble came in the fifth, when he hit Adam Duvall amd walked Alex Dickerson with two outs before striking out Manny Piña.

Gray tried to convince manager Dave Martinez to leave him in the game for the sixth.

“Josiah gave us five strong innings,” Martinez said. “He wanted to go a little longer. I told him he had 82 pitches. That was good enough for five innings.”

Gray, 24, is expected to play an important role in Washington’s rebuilding effort. Beating the Braves provided more evidence the right-hander can lead the rotation.

“It’s really exciting to see him grow and I’m pumped to see what happens next for him,” said first baseman Josh Bell, who had two hits.

Riley reached on an infield single off Tanner Rainey with one out in the ninth for Atlanta’s third hit. Rainey earned his second save when Marcell Ozuna grounded into a double play.

Washington’s first two hitters, César Hernández and Juan Soto, reached with singles. Hernández scored on Bell’s groundout and Soto scored on Maikel Franco’s single, the third hit of the inning, for a 2-0 lead.

Ozzie Albies led off the game with a single off Gray but was caught stealing by catcher Riley Adams’ strong throw to second. Gray didn’t give up another hit and didn’t allow another baserunner until walking Albies to lead off the fourth. Matt Olson then hit into a double play.

Fried said after the game he avoided an injury when he was struck on his right leg by Nelson Cruz’s grounder in the sixth. Fried picked up the ball and threw to first in time to record the out. Braves trainer George Poulis checked on Fried, who threw a couple of practice pitches before remaining in the game to allow singles to Bell and Franco.

Fried gave up singles to his next two batters and then was replaced by Collin McHugh.

Cruz returned to Washington’s lineup after he was scratched on Tuesday night because of groin tightness. Martinez waited to make out Wednesday’s lineup until Cruz took swings in the batting cage to show he was ready to play.

Braves: Atlanta begins its first road series of the season at San Diego on Thursday night when RHP Charlie Morton (1-0, 3.38) brings a 6-1 record and 2.09 ERA in nine career starts against the Padres.