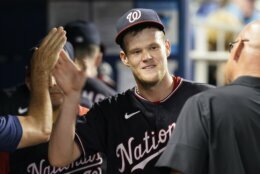 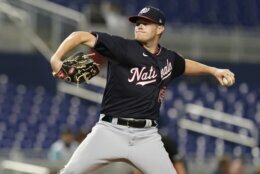 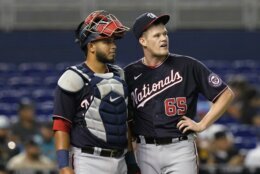 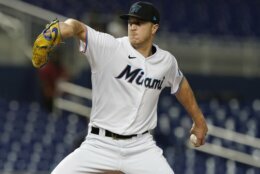 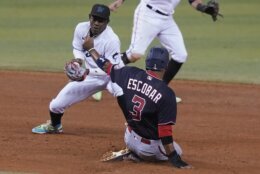 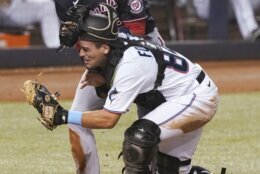 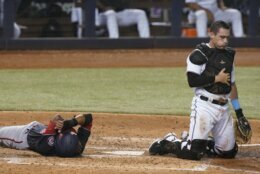 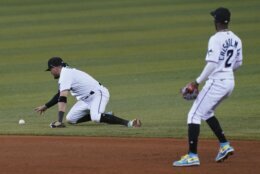 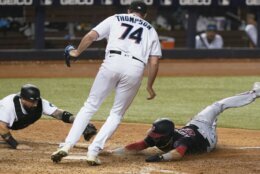 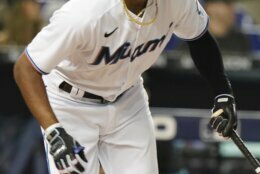 Rogers (2-0) scattered five hits, struck out four and walked two in his longest outing since joining the club Sept. 4.

“I hope they like me as much as I like them because I’m having a good ole time with all the guys here,” Rogers said of his three weeks with the Nationals. “From the coaching staff to all the players, everybody’s been super awesome. I’m just trying to make the most of my opportunity.”

Juan Soto and rookie Keibert Ruiz had two hits and an RBI each for the Nationals (62-89), who closed within two games of Miami (64-87) for fourth in the NL East. Ruiz, acquired from the Los Angeles Dodgers for Max Scherzer and Trea Turner on July 30, is 12 for 26 with nine RBIs in his last nine games.

“I just want to keep working, keep getting better and not worry about the results,” Ruiz said.

Ruiz’s hit off Miami Trevor Rogers (7-8) scored Alcides Escobar from second and tied it at 1. Escobar collided with catcher Nick Fortes, who moved up the line to catch left-fielder Lewis Brinson’s throw. Escobar reached home but remained on the ground for a minute, shaking off the collision’s impact.

Although he reached his feet first, Fortes also felt the collision.

“His knee went right into my thigh so I’m a little sore,” Fortes said. “But I should be all right.”

Washington padded its lead on Escobar’s two-run double and Soto’s RBI double against Taylor Williams in the ninth.

“Josh was really good,” Nationals manager Dave Martinez said “For him to go to that deep was awesome. Our bullpen needed a break. The guys play hard behind him and he competes.”

Miguel Rojas singled with two outs in the eighth, Andres Machado walked Jazz Chisholm Jr. and Bryan De La Cruz and got Jesús Sánchez to ground into a forceout. Mason Thompson closed with a perfect ninth.

“There were a number of balls we hit on the nose tonight,” Marlins manager Don Mattingly said. “It seemed to be right at people. You have to give him credit. He kept us off balance.”

Rogers allowed four runs — one earned — and four hits in 5 1/3 innings, struck out a career-high 10 and walked two. Miami’s NL All-Star representative is 0-5 in 11 starts since beating Colorado on June 10.

Fortes homered on an 0-2 slider for a 1-0 lead in the fifth, his second homer since he was brought up from Triple-A last Friday.

Count Josh Rogers among those who celebrate Chisholm’s home run trots. Rogers also did his best Chisholm imitation trot after he struck out Chisholm to end the third and headed to the dugout.

“Jazz is a sick player. He’s fun to watch,” Rogers said. “It’s entertainment for people. It’s all in good fun. He probably thinks it’s funny, too.”

Miami’s Lewis Brinson was credited with a single and RBI in the seventh inning of Monday’s game. The original ruling had Brinson reaching on shortstop Alcides Escobar’s fielding error that scored Bryan De La Cruz from second base.

Nationals: 3B Carter Kieboom (sore left thumb) didn’t play. He felt sore after sliding into a base Monday.

Marlins: Rojas (bruised left knee) returned to the lineup after pinch hitting on Monday and went 2 for 3 with a walk.

Nationals: RHP Josiah Gray (0-2, 6.24) is to start the series and season finale between both teams Wednesday.

Marlins: RHP Elieser Hernández (1-2, 3.59) will seek his second victory against the team he got his win against on Aug. 26.