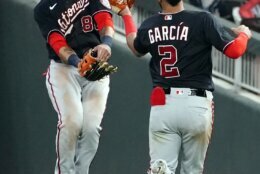 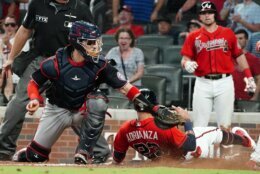 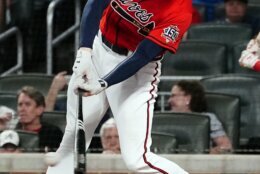 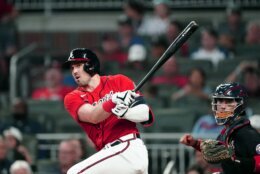 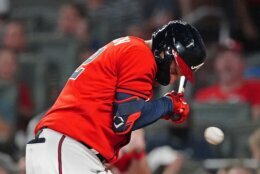 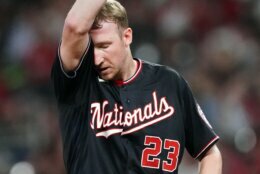 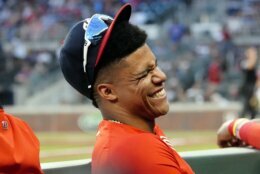 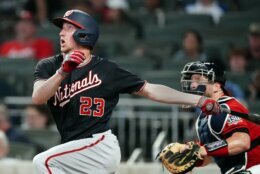 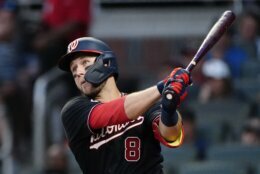 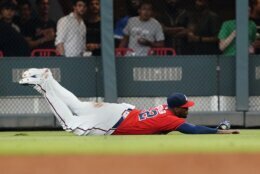 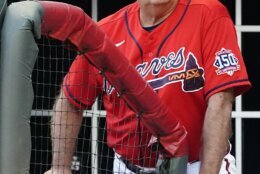 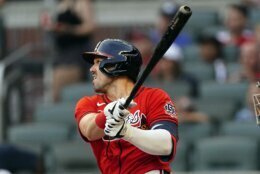 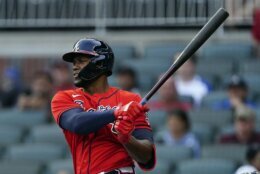 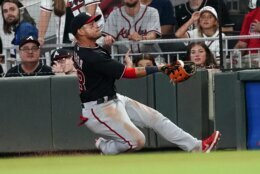 ATLANTA (AP) — Adam Duvall drove in three runs with two hits and the Atlanta Braves turned a catcher’s interference call into a three-run rally to beat the Washington Nationals 8-4 on Friday night for their fourth consecutive win.

The Braves matched their longest winning streak of the season and are one game behind NL East-leading Philadelphia, which beat the New York Mets 4-2 to move into the division lead. One day after moving over .500 for the first time this season, Atlanta is a half-game behind the Mets.

“It was a huge weight off our shoulders to finally get above .500,” said Austin Riley, who drove in two runs on two hits. “… We’ve just got to continue to play baseball the way we know we’re capable of playing. We’re right there in the hunt.”

The Nationals have lost five in a row and 12 of its last 16.

Freddie Freeman had three hits, including a two-run single in the eighth, and scored two runs.

Dansby Swanson beat out an infield single to drive in the go-ahead run in Atlanta’s three-run fifth. Austin Riley had two hits and drove in a run.

The Nationals led 3-2 with two outs in the fifth before the catcher’s interference call turned the momentum to the Braves. Jorge Soler was awarded first base after his bat hit the glove of Washington catcher Tres Barrera.

The interference call triggered a string of four consecutive Braves hits off Erick Fedde. Following an opposite-field single to left field by Freeman, Austin Riley’s single up the middle tied the game. Swanson’s infield hit to third base drove in Freeman, and Duvall’s double down the third-base line pushed the lead to 5-3.

“We just kind of felt like, just like the last couple nights, if we could keep this thing close and give the guys a chance we might be able to pull this thing off,” said Braves manager Brian Snitker.

Fedde (4-8) has lost four consecutive decisions since his last win on June 12. He allowed five runs, four earned, on eight hits and one walk in 4 2/3 innings.

“When you come out of the game there and you’re thinking you threw well and your stuff was good, it’s frustrating,” Fedde said.

Atlanta rookie Kyle Muller allowed three runs in 4 2/3 innings. Muller gave up only two hits but was wild, with two walks, three wild pitches and a hit batter. Edgar Santana (2-0) recorded the final out in the fifth.

Braves: C Travis d’Arnaud, out since May 2 with a left thumb sprain, is moving closer to his return. He caught the second of back-to-back games for Triple-A Gwinnett on Friday night and is scheduled to be with Gwinnett through Sunday. RHP Huascar Ynoa (right hand fracture) gave up three runs, one earned, in 3 2/3 innings for Gwinnett on Friday night.

Nationals: OF Juan Soto was held out with a sore knee but was available to pinch-hit. “I’m hoping he can play tomorrow,” said manager Dave Martinez, who said Soto “kind of tweaked his right knee” while running the bases on Thursday night against Philadelphia. Martinez let Soto test the knee in pregame warmups before leaving the outfielder out of the lineup. “I don’t think there’s a major concern but we want to make sure he’s OK,” Martinez said.

Fedde’s sacrifice fly in the fifth drove in Gerardo Parra for a 3-2 lead and his first career RBI. Parra was hit by a pitch from Muller before moving to second on a wild pitch and stealing third.

FRIED IN A PINCH

Braves left-hander Max Fried had a pinch-hit, ground-rule double in the sixth. He had a walk-off single in the 10th as a pinch-hitter on July 4 in Atlanta’s 8-7 win over Miami and is hitting .314 this season.

Fried is the first Braves pitcher with two pinch hits in a season since Max Macon (3) and Jim Tobin (2) in 1944.

Nationals: Rookie RHP Josiah Gray will make his second start for Washington following his trade from the Los Angeles Dodgers on July 30. Gray allowed one run over five innings but received no decision in a 7-5 loss to the Phillies in his Nationals debut on Monday. 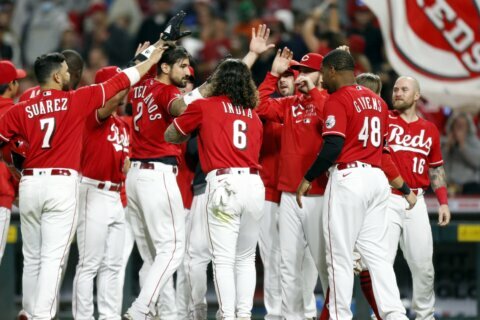 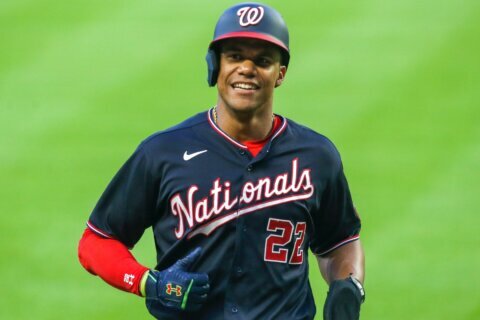