Seeding was determined by home run total through Tuesday, and ties were broken with 2020 figures. In the case of Mancini, who didn’t play last year, 2019 totals were used to break a tie with Alonso.

The field was completed Wednesday with Soto and Gallo.

The first and second rounds of the single-elimination competition will be three minutes each, and the final round will be two minutes. Each batter is allowed a 45-second timeout in each round. Each batter gets a 30-second bonus in each round, plus an additional 30 seconds if he hits at least one home run of 475 feet or more. A batter is allowed a one-minute break between regulation and bonus time.

Gallo has 23 homers after going deep two more times Wednesday, with shots of 462 and 440 feet to become the first Rangers player ever with 10 homers in a 10-game span. The 27-year-old right fielder wasn’t in the derby when he was an All-Star for the first time in 2019, but homered on the only pitch he saw in the game.

The 22-year-old Soto, a first-time All-Star, began Wednesday with 10 home runs. He announced his participation on Instagram before the Nationals played at San Diego. 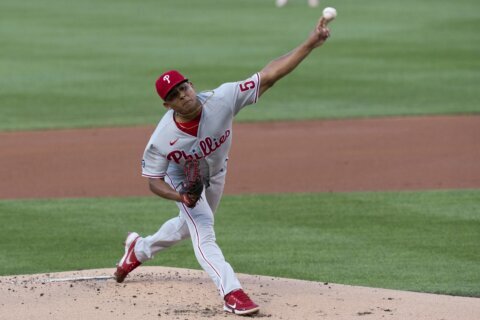