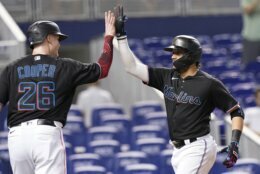 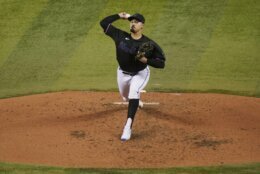 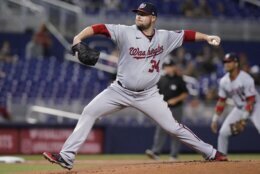 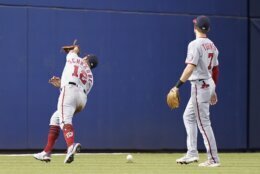 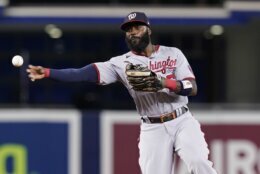 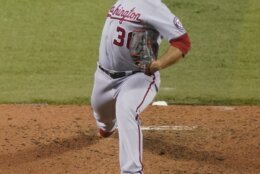 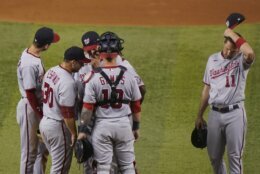 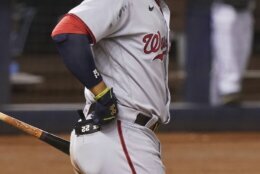 Kyle Schwarber hit 13th home run in the last 14 games but Miguel Rojas hit a three-run homer in a four-run first inning and the Miami Marlins went on to beat the Washington Nationals 11-2 Friday night.

Schwarber has the second-most homers in a 14-game span since at least 1901, behind only 14 by San Francisco’s Barry Bonds in 2001.

Schwarber hit his 22nd home run this season into the right field upper deck in the third inning, cutting Washington’s deficit to 4-1. His 12 home runs in his last 12 games are the most from a leadoff hitter ever in that span.

“You’re going to have your ups and downs,” Cooper said. “We’ve had more downs than we would have liked. Hitting is contagious. As soon as a couple of guys get a few hits, you feel more confident stepping to the plate. It’s a team thing.”

Washington had won five in a row.

Pablo López (4-4) gave up two runs and six hits in six innings with nine strikeouts and one walk. He retired his last 10 batters, striking out the side in the sixth.

After scoring five runs during their skid, the Marlins took an 8-2 lead after four innings.

“We’re seeing signs of our offense,” Miami manager Don Mattingly said. “Hopefully we get our whole lineup back together. For us to start to get in some kind of rhythm would be great for us. It would take some pressure off the pitching.”

“I wasn’t able to throw strikes, wasn’t able to get ahead in the count,” Lester said. “I put myself behind the eight-ball. You give big league hitters the opportunity in hitters’ counts like I was able to tonight, then stuff like that happens.”

Duvall hit an RBI single and Rojas stopped trotting to second on his homer, turned around and returned to touch first base.

Schwarber’s 13th home run in June tied Bryce Harper in March 2015 for the most for the Nationals in a month.

“The way we’re swinging our bats, if we kept it close, it would have been a different ballgame,” Washington manager Dave Martinez said. “We needed that one inning to get out of an inning but it didn’t happen.”

Cooper, activated from the injured list, hit a two-run homer off Jefry Rodríguez in the eighth.

After López retired Yan Gomes on a double play to end the third, he resembled the pitcher who blanked the Chicago Cubs through seven innings in his previous start.

“They made me work a lot,” López said. “I was able to make good pitches with the fastball.”

Miami’s offense revived following a players and coaches meeting before the game. After winning the first two at Wrigley Field last weekend, the Marlins lost the third game of the series and first three of their six-game homestand.

“We’re not where we want to be right now, but we have time left,” Rojas said. “We have to start showing some fight, and not just for a day or two.”

Nationals: 1B Josh Bell (right side discomfort) is expected to return to the lineup Saturday. RHP Daniel Hudson (elbow inflammation) is progressing with his throwing program and could throw a bullpen early next week. 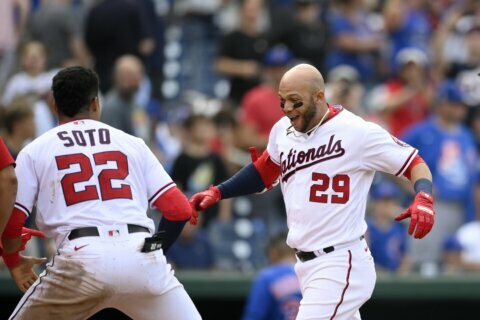 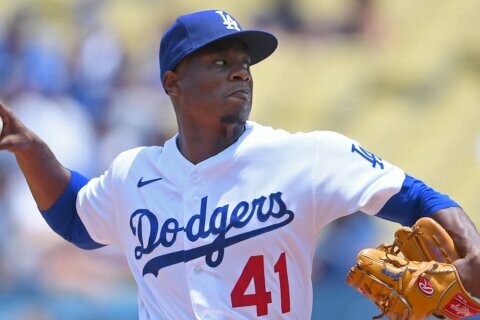 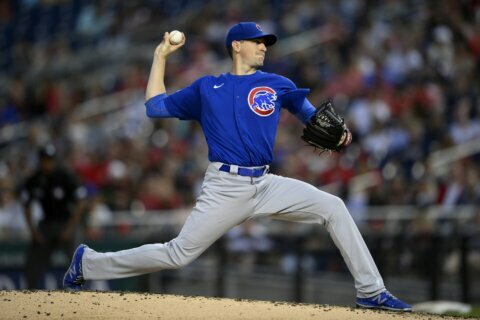