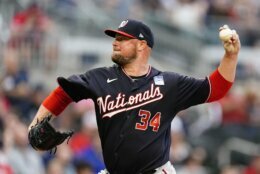 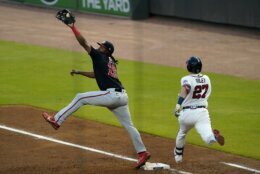 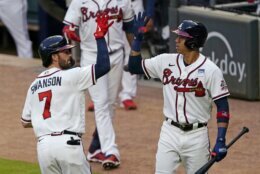 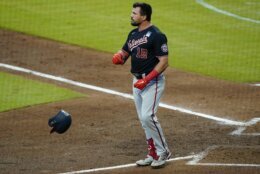 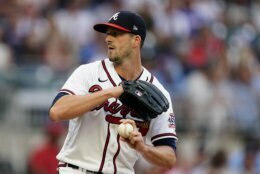 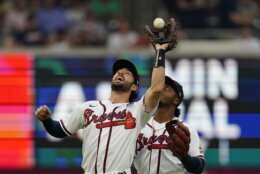 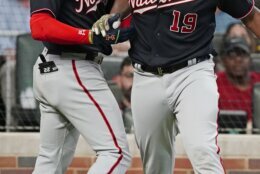 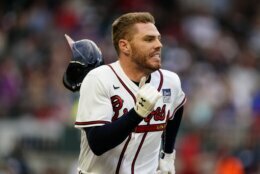 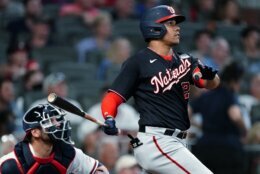 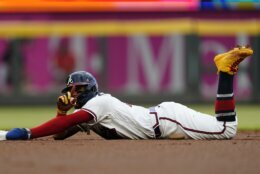 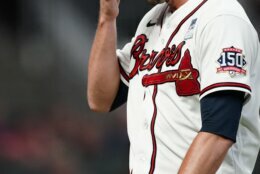 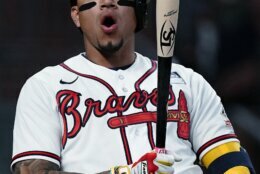 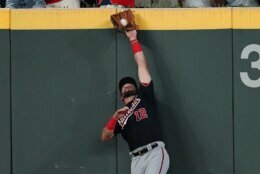 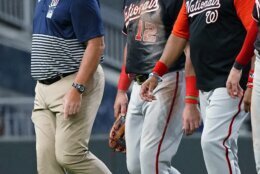 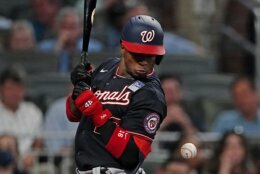 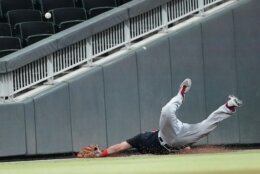 ATLANTA (AP) — Jon Lester wasn’t worried about pitching on short rest. His strong outing was well-timed for a Washington team that again has lost Stephen Strasburg to an injury.

Lester, starting on three days’ rest, was asked by Washington manager Dave Martinez to “just take us as long as he can go.” Lester came within one out of matching his longest start of the season as he gave up only one run on five hits and two walks in 5 2/3 innings.

“I basically told him just tell me when I’m pitching and I’ll be there,” Lester said. “That’s kind of how I’ve always looked at it.”

Lester’s start was especially important after Strasburg was placed on the 10-day injured list with a neck strain before the game. Strasburg previously was on the 10-day IL from April 15 until May 21 with right shoulder inflammation.

“He was really good. Really good,” Martinez said of Lester. “He gave us everything we needed.”

Dansby Swanson’s homer to right-center tied the game in the second.

Albies’ double to the wall in right-center off Daniel Hudson (4-1) drove in Almonte and Freeman to tie the game. Hudson remained in the game to pitch a perfect eighth.

Brad Hand worked the ninth for his ninth save in 11 chances.

Trea Turner’s single off Chris Martin in the ninth drove in Victor Robles and pushed the lead to two runs.

“Like I’ve said before, we haven’t been able to hit on all cylinders,” manager Brian Snitker said. “It’s up to us as a club to keep it going because believe me, it’s going to happen.”

Nationals: LF Kyle Schwarber left the game after his right knee locked up on a dive for Almonte’s double in the seventh. Martinez said Schwarber will be checked before Thursday’s game. Andrew Stevenson replaced Schwarber in left field. … RHP Erick Fedde (illness) apparently is not a candidate to take Strasburg’s spot in the rotation Sunday at Philadelphia. Fedde is still scheduled make a rehab start for Class A Wilmington on Thursday and could rejoin the Washington rotation next week. … RHP Kyle McGowin was recalled from Triple-A Rochester.

Braves: RHP Edgar Santana favored his right leg leaving the field but apparently avoided an injury when he was hit by Josh Harrison’s liner in the seventh. Santana threw out Harrison. … OF Cristian Pache (right hamstring strain) was activated from the 10-day IL and optioned to Triple-A Gwinnett. Pache was hitting only .111 before the injury.

Swanson’s homer gave him an 11-game hitting streak, matching the longest of his career. The homer was his ninth. His career high was 17 in 2019. He narrowly missed a second homer in the sixth when his long fly was caught at the left-field wall by Schwarber.

“I think they changed the ball on me on the second one,” Swanson said with a laugh.

Soto had been 0 for 7 against Smyly before hitting a fastball into the stands in left-center to break a 1-all tie. The homer was Soto’s sixth of the season and second in two days.

Snitker announced after the game that LHP Tucker Davidson will be recalled from Triple-A Gwinnett to make his second big league start of the season. Sticking with his season-long plan to give starters an extra day of rest when possible, Snitker has pushed back RHP Ian Anderson one day to Friday night’s series opener against the Los Angeles Dodgers. 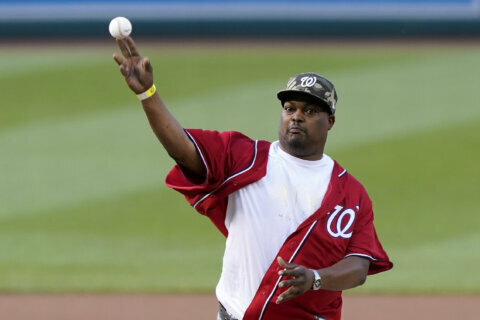