WASHINGTON (AP) — Juan Soto and Trea Turner helped make the Washington Nationals’ offense go in their 2019 World Series title season, were the only true bright spots during a tied-for-last finish in a truncated 2020 and are expected to lead the lineup again in 2021.

After so much turnover over the 18 months leading up to opening day on April 1, the team’s plans for putting its 26-34 record in the past revolve around their slugging right fielder and speedy shortstop, both of whom the Nationals would love to sign for the long term.

“We’re winners, man. We’re about winning,” general manager Mike Rizzo said. “Our goal is to win, and anything short of not winning is a disappointment and unacceptable to us.”

Also key will be the health of an aging but potentially dominant rotation and a rebuilt middle of the order that features new first baseman Josh Bell and left fielder Kyle Schwarber, a couple of guys with strong track records and recent struggles at the plate.

“We definitely wanted to win a few more games than we did,” said Turner, who like Soto finished in the top seven in NL MVP voting last season. “I think this year, we’re deeper, we have more talent in general, and if we can stay healthy, we’re going to have a much better offense, at least. The pressure’s still going to be there for us to perform, whether or not we have more talent or less talent. We’re trying to win championships, and we did it a few years ago, and we want to do it again.”

Roughly half of the Fall Classic roster is gone, from Howie Kendrick and Adam Eaton to Sean Doolittle and Kurt Suzuki.

“When we won it in 2019, we were rock solid in the clubhouse. And we were just a group that pulled for each other. … We weren’t just playing the game for ourselves, we were playing it for the guy next to us,” said the righty, who threw just five innings last year before having carpal tunnel surgery on his throwing hand. “It’s been a true joy … to get a chance to get to know these new guys coming in.”

While technically there aren’t any rookies expected to fill significant roles, it’s possible that first-round draft picks Cade Cavalli (2020) and Jackson Rutledge (2019) could shift from top prospect to big league pitcher this year. There also are a couple of players who exhausted their rookie status but don’t have much experience: starting 3B Cartier Kieboom (138 ABs) and backup 2B-SS Luis Garcia (134 ABs).

The Nationals were baseball’s oldest team when they won the franchise’s first championship — more, um, experienced players were called “Los Viejos” (The Old Guys) — and there’s still a bit of that flavor. Ryan Zimmerman, who returns after opting out because of COVID-19 concerns, Scherzer, Lester and Will Harris are all at least 36; new backup catcher Alex Avila is 34, and starting catcher Yan Gomes turns 34 in July. “We love Zim. It’s great to have him back in the fold,” Scherzer said. “We both get to joke that the old guys are back together.” 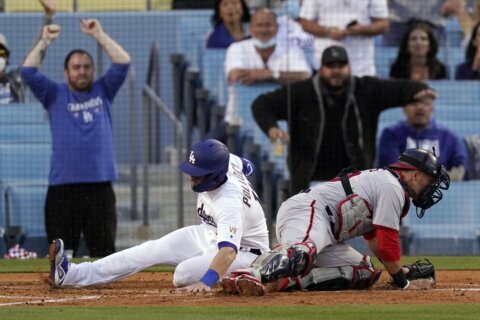 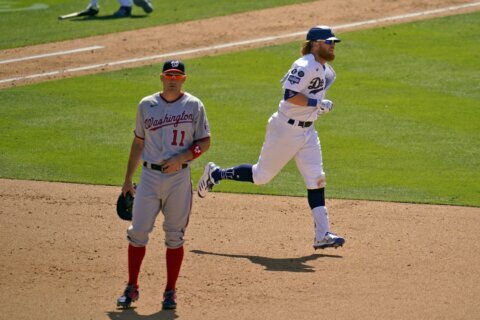