Washington Nationals pitching coach Paul Menhart will not be brought back next season after working in the organization for 15 years.
Listen now to WTOP News WTOP.com | Alexa | Google Home | WTOP App | 103.5 FM

WASHINGTON (AP) — Washington Nationals pitching coach Paul Menhart will not be brought back next season after working in the organization for 15 years.

A team spokesman confirmed Sunday that the team would let Menhart go. His contract is up after this season.

Menhart was the Nationals’ minor league pitching coordinator when he was brought up to work with the major league club in May 2019, replacing fired pitching coach Derek Lilliquist.

Led by starting pitchers Stephen Strasburg — the World Series MVP — Max Scherzer and Patrick Corbin, and a bullpen that went from a serious problem to a postseason strength, the Nationals won the franchise’s first championship a year ago.

But this pandemic-altered season was a struggle right from the get-go for manager Dave Martinez’s team, and Washington finished tied for last in the NL East with a 26-34 record.

Menhart’s departure is the first significant fallout from that best-to-worst decline. Martinez and general manager Mike Rizzo were both given multiyear contract extensions late in the regular season.

There were many issues for Washington in 2020, and the team’s pitching was no exception. The team’s staff ERA of 5.09 ranked 13th of 15 NL clubs.

It certainly didn’t help that Strasburg managed to throw only five innings before being shut down because of a nerve issue in his throwing hand.

Scherzer was the only regular starter who finished with a winning record, going 5-4. Corbin was 2-7 with a 4.66 ERA. 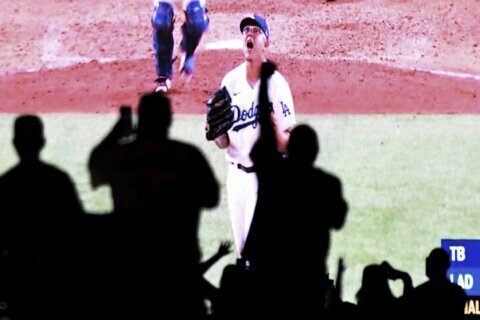 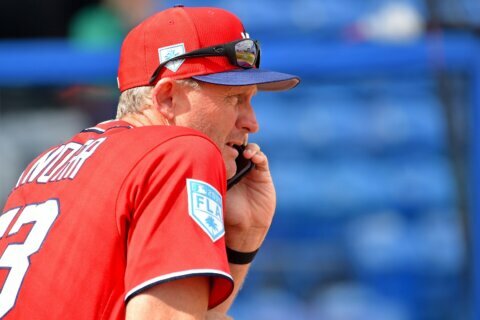