Manager Dave Martinez said surgery could be an option but he has yet to talk with the 2019 World Series MVP.
Listen now to WTOP News WTOP.com | Alexa | Google Home | WTOP App | 103.5 FM

Martinez said surgery could be an option but he has yet to talk with the 2019 World Series MVP. Strasburg was put on the injured list on Aug. 15, a day after he recorded just two outs at Baltimore. It was the 32-year-old’s first appearance on the IL since 2018.

“I’m going to talk to him to see what his options are and what he wants to do,” Martinez said before Friday’s game against the Marlins. “I think it’s something that’s going to have to be fixed, so we’ll see.”

Strasburg signed a $245 million, seven-year contract with Washington in the offseason after his impressive postseason. Strasburg became the first pitcher in baseball history to go 5-0 in the postseason as the Nationals won the franchise’s first championship. 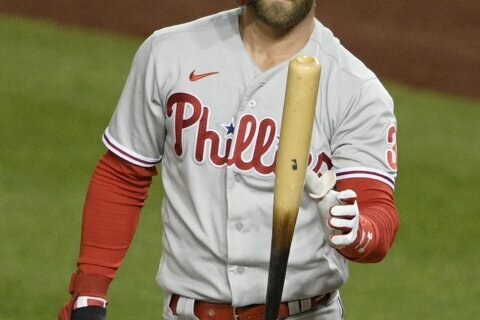 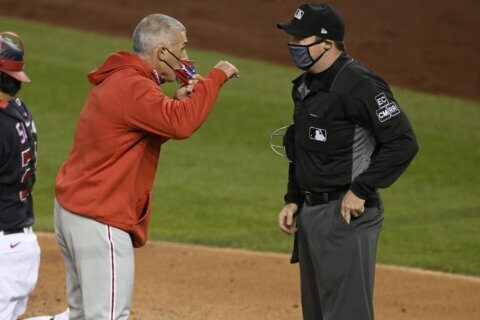 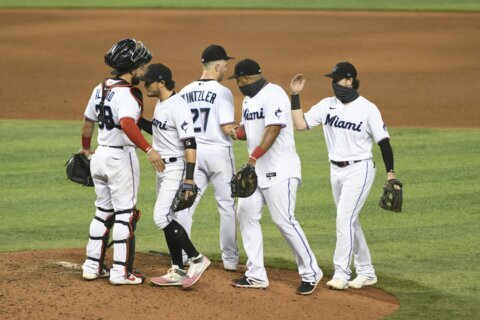