EDITOR’S NOTE: Ryan Zimmerman is a two-time All-Star infielder who has played 15 years in the majors, all with the…
Listen now to WTOP News WTOP.com | Alexa | Google Home | WTOP App | 103.5 FM

EDITOR’S NOTE: Ryan Zimmerman is a two-time All-Star infielder who has played 15 years in the majors, all with the Washington Nationals. He holds most of the team’s career hitting records, and his two homers and seven RBIs last postseason helped the Nationals win their first World Series championship. With baseball on hold, Zimmerman is offering his thoughts — as told to AP Sports Writer Howard Fendrich — in a diary of sorts while waiting for the 2020 season to begin. In the sixth installment, he discusses the return to American TV of baseball — South Korean baseball.

It does sort of show, I guess, how starved we are for sports content.

And I don’t mean that in a bad way — this is no knock on the Korean league — but just to have live sports, of any kind at all, is really a big deal right now.

If things were normal, there’s zero chance you would have people watching Korean baseball on TV here; they’d be watching us play.

But there it is on ESPN, with Karl Ravech and other people who’d normally be talking about the main big league games.

They’re in a different place than we are with the virus. They are way ahead of us; it’s kind of like looking into the future compared to us. If we can get the cases going downhill, instead of plateauing, then you can start talking about baseball.

So I want to see how things go for them.

Hopefully it doesn’t happen, but what if one of the players there gets the virus? I would want to see how the league reacts and what they do for that player and for his team and the teams they played against.

At least they’re trying something. I would be pretty sure that our league is talking to their league to see how things are going and what they’ve implemented.

It is kind of nice to have someone go first.

The biggest takeaway for me is it shows you much all of us want something to watch. I haven’t sat down and watched it, but I saw highlights online.

It is weird to see a game with nobody in the stands. No fans.

I’m assuming if — when — we get going, that’s going to be the case for us, as well. That environment’s kind of interesting.

Not sure I understand the paper cutouts of fake fans in the seats. Save your money on that and do something else with it. You’re not going to fool us. Might as well just leave the seats empty.

We’ve had a couple of times here — like a weekday with a rain delay, and you’re finishing the final innings at pretty much midnight, or after — it’s so empty in the place that you can hear the radio announcers talking, because they play that through the concourse. Kind of weird for us to hear that during games.

There are some people there, obviously, but it’s so quiet. Being in a completely quiet stadium would be so awkward.

But at this point, you have to be open-minded and ready for whatever. 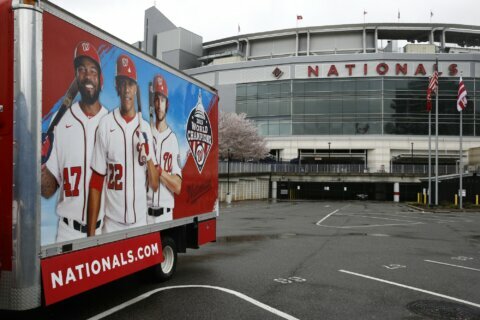 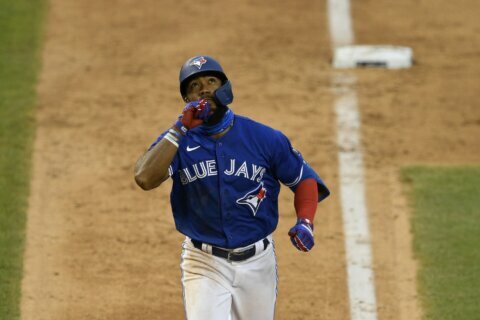 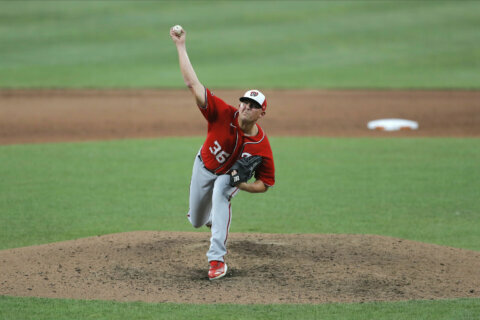