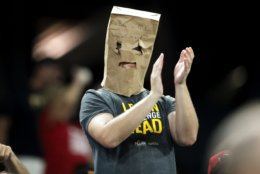 PITTSBURGH (AP) — The Nationals are on a hot streak at the plate that defies explanation.

“If anyone knew the answer to that, they could write a book and make millions of dollars,” Adam Eaton said.

The onslaught continued Monday night when Asdrúbal Cabrera hit the last of Washington’s four home runs and drove in five runs, and three relievers combined for 6 2/3 innings of one-hit ball as the Nationals thumped the Pittsburgh Pirates 13-0.

Eaton, Matt Adams and Trea Turner also connected for the Nationals, who have scored 79 runs in their last eight games while going 7-1. They’ve scored 43 times in their past three, including a 15-14 loss.

Adams added two doubles and had four RBIs. Juan Soto had four of Washington’s 15 hits and walked, reaching base in all five plate appearances.

The Nationals aren’t eager to talk about how they’ve managed to score at least 13 runs in the four of their last five games, for fear of jinxing themselves.

“I’ll leave that to you guys in the media world,” Eaton said.

“We have a lot of functional pieces,” Martinez said. “We’ve got guys that can get on base, guys that can steal bases, guys who can move the ball around and hit the ball all over, and guys in the middle of the lineup who can juice balls.

“Our lineup is pretty thick right now. I’m proud of the way they’re swinging it. They are swinging at good pitches and willing to take walks, too.”

Javy Guerra (2-1) pitched 3 2/3 perfect innings in relief of Joe Ross, who departed in the fourth inning. Ross was hit in the left shin by a one-hopper off the bat of Josh Bell.

“How about the job Javy did?” Martinez said. “He really saved us from having to go deep into our bullpen.”

Kyle McGowin and Tanner Rainey finished the four-hitter with one inning each for Washington’s 11th shutout of the season.

The Nationals scored four runs off Trevor Williams (5-6) in each of the first two innings.

Williams was removed after the second and was charged with eight runs — six earned — while giving up six hits and three walks. Pittsburgh fell to 7-28 since the All-Star break.

“It’s a really tough stretch right now,” Williams said. “Hopefully, tonight is the bottom. I look forward to coming to the field tomorrow. Being a pitcher, you have to have a short-term memory.”

The Nationals moved within five games of first-place Atlanta, which was idle, in the NL East and continue to lead the wild-card standings.

Eaton homered with one out in the first and Adams added a two-run blast following a sacrifice fly by Cabrera. Turner’s three-run homer highlighted the second, which included an RBI double by Adams.

Cabrera hit a two-run double in the fifth and scored on Adams’ double as the Nationals ran the lead to 11-0. He added a two-run homer in the ninth.

Bell’s single off Ross’ knee in the fourth gave the Pirates runners at first and third with one out. However, Guerra got Colin Moran to hit into a double play.

Nationals: Scherzer is scheduled to be activated from the injured list Thursday and start in the finale of the four-game series. He has pitched once over the past six weeks because of a strained muscle in his back. … Ross said he is confident that he will be able to make his next scheduled start Saturday against the Cubs at Wrigley Field. … 1B Ryan Zimmerman had his rehab assignment transferred to Single-A Potomac from Double-A Harrisburg.

Pirates: C Elias Díaz was removed after the fourth inning as a precaution after being struck in the facemask by a foul tip.

Nationals 2B Brian Dozier was placed on paternity leave and INF Adrián Sanchez was recalled from Harrisburg. Dozier can miss up to three days.

Pirates rookie right-hander Montana DuRapau had his first major league hit, a single to right field in the third inning off Ross. It came in DuRapau’s 13th game and fourth at-bat. 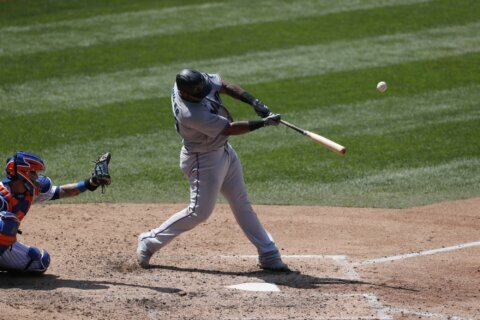 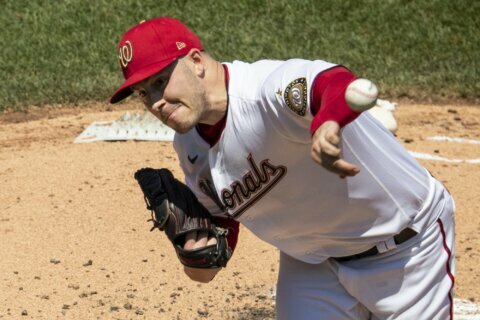 Corbin expected to start for the Nationals against Mets