Mets 3B Frazier and Nationals OF Eaton exchange heated words

The two players jawed at each other from a distance, prompting several Nationals to take a few steps out of the dugout before Frazier and Eaton were guided in opposite directions.

NEW YORK (AP) — So much for burying the hatchet.

New York Mets third baseman Todd Frazier and Washington outfielder Adam Eaton had a heated exchange between innings that was caught by a television camera Monday night at Citi Field.

The two players jawed at each other from a distance, prompting several Nationals to take a few steps out of the dugout before Frazier and Eaton were guided in opposite directions. Eaton took his position in right field, and Frazier was led back to the Mets bench on the first base side.

The two were teammates with the Chicago White Sox in 2016 but apparently have an acrimonious history.

“He’s chirping all the way across the infield. I don’t know. He must really like me because he wants to get my attention it seems like every time we come here to town. He really cares what I think about him, I guess. I don’t know what the deal is,” Eaton said following New York’s 5-3 victory over the Nationals. “He’s always yelling across the infield at me. He’s made a habit of it. He’s one of those guys that always says it loud enough so you can hear it, but you can’t understand it.

“You’ve got to be a man at some point. So I turned around, had a few choice words with him. It’s funny. I was walking towards him and he didn’t really want to walk towards me, but as soon as someone held him back, then he was like, all of a sudden was really impatient, like trying to come towards me. Like I said, just being Todd Frazier. So what’s new?”

Eaton acknowledged he’s surprised their beef is still going on.

“Yes, absolutely. It’s very childish,” he said. “I tried to stay patient with the childishness.”

After the game, Frazier downplayed the whole thing.

“That was nothing at all,” he said. 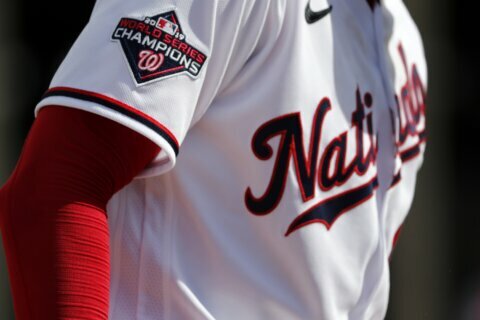 Nats look back at Series, then ahead, as full workouts start 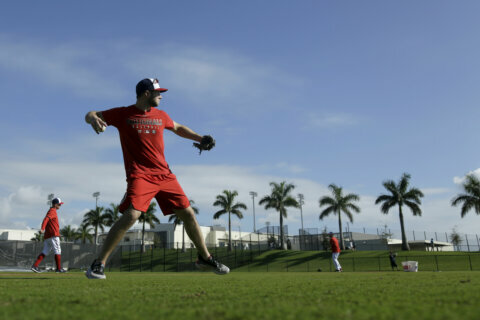 With the Nationals at Spring Training: Third things first 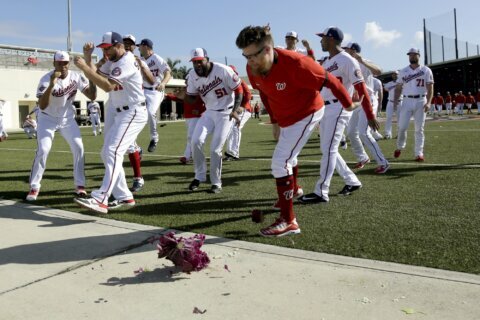