SEATTLE (AP) — Breanna Stewart had 23 points and 12 rebounds, Jewell Loyd scored 12 of her 16 points in the final five minutes and the fourth-seeded Seattle Storm beat the fifth-seeded Washington Mystics 86-83 on Thursday night.

Loyd didn’t make her first field goal until the 4:52 mark of the fourth quarter, but she came up huge in the closing minutes.

Loyd missed a long 3-pointer with 51 seconds left, but Tina Charles grabbed the offensive rebound, leading to Loyd’s runner in the lane that gave Seattle an 82-81 lead. Washington turned it over and Loyd was fouled with 24.2 seconds left before making two free throws.

Elena Delle Donne was long on a 3-point attempt for Washington, and Stewart sealed it with two free throws with 14.6 left. Delle Donne made 11 of 17 shots and scored 26 points.

Game 2 is Sunday in Seattle.

Game 2 of the best-of-three series is Sunday in Uncasville.

Dijonai Carrington added 13 points and DeWanna Bonner scored 10 points of her 12 points in the first half for third-seeded Connecticut. 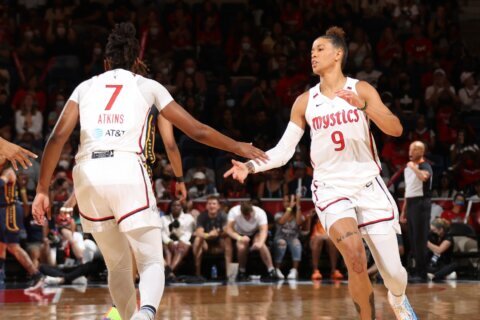 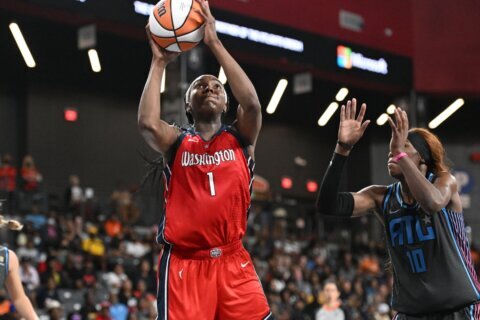