Charles, the No. 1 overall pick in 2010, has 158th double-doubles — one more than former Los Angeles star Leslie. Minnesota forward Sylvia Fowles is the leader with 169.

Ariel Atkins scored 18 of her 23 points in the first half, Theresa Plaisance added 11 points, six rebounds and four blocks, and Myisha Hines-Allen scored 10 points for Washington (4-5). Atkins was 7 of 10 from the field, but the rest of her teammates combined to shoot 23 for 61 (37.7%).

Washington held Los Angeles to 32.8% shooting and outrebounded the Sparks 43-31. 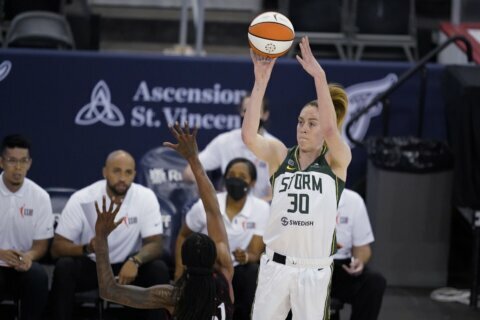 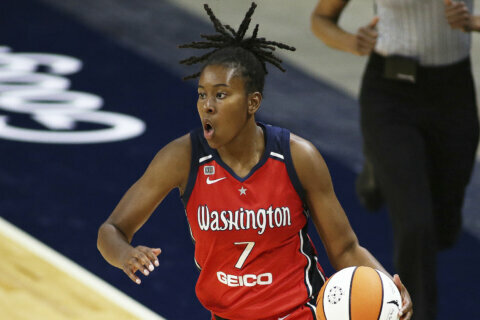