The Washington Football Team’s medical staff is in a bit of a frenzy this week. Head athletic trainer Ryan Vermillion was placed on administrative leave after a federal investigation prompted a raid on the team’s practice facility in Ashburn, Va.

Washington was hit hard with the injury bug this week with a dozen players either sidelined for Wednesday’s practice or designated as ‘limited.’ To aid the medical crisis the team is currently facing, they’ve called in a familiar face: Bubba Tyer.

“For the most part, Bubba is really just here volunteering. He came in to help out and that’s it. He’s got time and wanted to come and just help us so he’s volunteering,” head coach Ron Rivera said Wednesday. “For the most part, as far as we’re concerned, we’re going to do everything pretty much by committee. I go down there and I check in with the trainers, and then I check in with our therapists and we go from there.”

Lamar ‘Bubba’ Tyer was a member of Washington’s medical staff for 37 seasons, 25 of which were spent as the head athletic trainer. He retired following the 2009 season, having been originally hired in 1971 as one of the first staff members of Hall of Fame Coach George Allen.

Tyer oversaw three Super Bowl titles for the Burgundy & Gold. Per a Washington press release upon Tyer’s retirement, he was recognized as the NFL’s top trainer in 2000 and was inducted to the team’s Ring of Fame at FedEx Field in 2003.

Having an experienced trainer back in the building will be a welcome sight for Washington—not only for Tyer’s tremendous résumé but for the dilemma the team is currently facing in terms of shorthanded position groups.

Logan Thomas will miss at least three weeks after being sent to the IR with a hamstring issue. Jon Bostic will miss the rest of the season with a pectoral injury, along with cornerback Torry McTyer (knee). Brandon Scherff will be out for a few weeks with a knee problem of his own.

On top of the injuries to those starters, Washington’s roster will be depleted at other areas on both sides of the ball. After a narrow 34-30 victory over Atlanta in Week 4, the team will return home for a Week 5 date with the New Orleans Saints this Sunday. 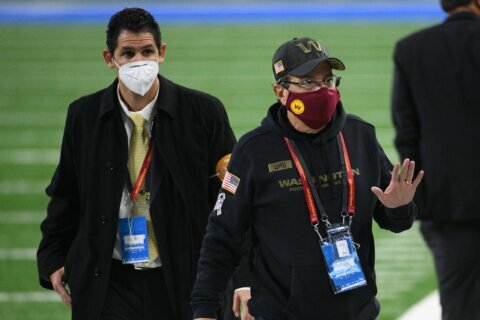