Redskins find another way to lose a game on MNF 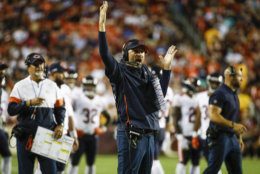 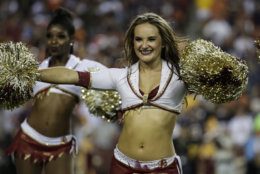 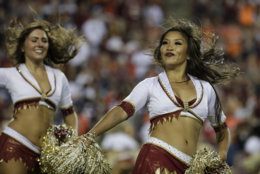 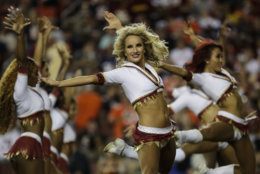 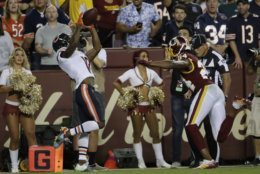 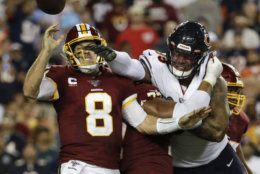 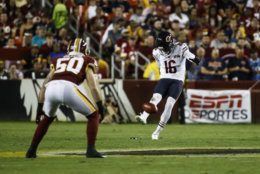 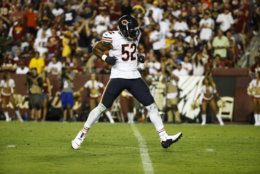 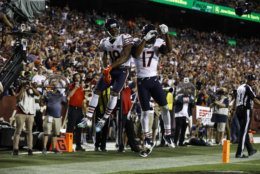 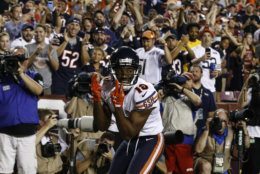 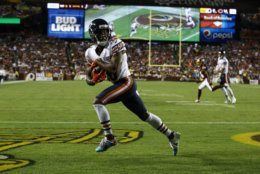 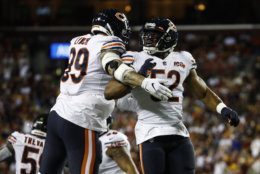 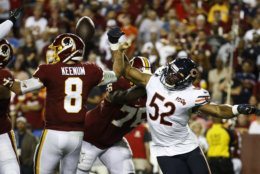 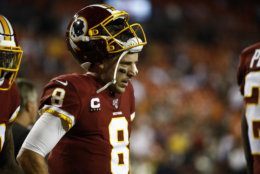 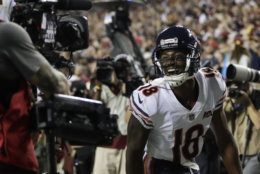 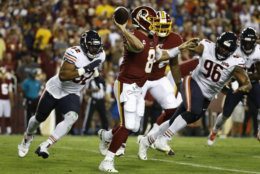 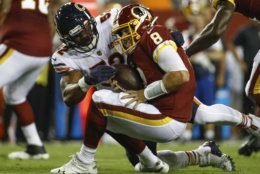 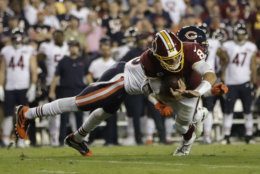 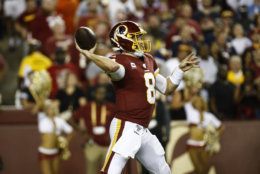 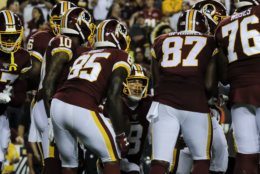 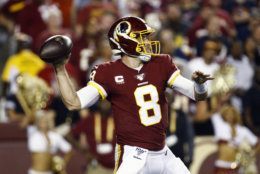 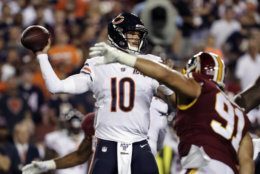 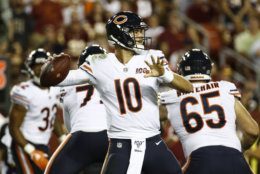 For the third straight week, the Washington Redskins found a new way to lose a football game. Self-inflicted wounds did in the Burgundy and Gold Monday night in a 31-15 loss to the Bears. The Redskins now find themselves at 0-3. Some take-aways:

The quarterback hasn’t been the reason the Redskins started 0-2. He’s been pretty good over the first couple weeks but has missed some throws too.

Keenum also fumbled three times, losing two of them. The final one came as he was trying to extend the ball on a fourth and one at the Bears’ 17-yard-line.

Fans will be calling for a change at quarterback to Dwayne Haskins, but don’t expect it just yet.

“I can’t be changing people every five minutes,” Redskins coach Jay Gruden said after the game. “I have to give Case an ample opportunity to play with these new guys. It’s his first time in this offense.”

Colt McCoy could be healthy this week and there would be a chance Jay Gruden goes to McCoy before Haskins.

One of the big bright spots of the first three weeks has been the third-round rookie wide receiver. He caught another touchdown — that’s three in three weeks — and did so in tight coverage. McLaurin finished with six catches and 70 yards. He is someone this team can definitely build around on offense.

3. Yellow flags all over the field

The penalties that continue to be called are taking away from the game. There were 14 penalties called in the first half alone. Many of them extended drives and seemed a bit questionable. For the game, each team was penalized nine times.

Josh Norman was visibly frustrated as he was called for a costly pass interference in the first half.

“They have to let us play,” he said after the game.

4. Another disappointing performance from the defense

The calls for defensive coordinator Greg Manusky will get louder this week after his unit again surrendered 30 points. Granted, the first score came on an interception return for a touchdown, the defense gave up another three scores in the first half and found themselves in a four touchdown hole. The Redskins again were unable to get off the field on third down as the Bears converted eight of 13 third downs.

Quarterback Mitch Trubisky hadn’t thrown a touchdown all year — he had three in the first half.

To the defense’s credit, the unit did make some adjustments and limited the Bears in the second half allowing the Redskins to try and get back in the game.

Next up, a short week and a road trip to face the 1-2 Giants on Sunday. Facing a third divisional opponent in the first four weeks turns that game into more than a must-win for the Redskins.

Will we hear Jay Gruden order the “Code Red” this week?