Talk of a new culture at Redskins Park appears to be more than just talk, and a foundation for success long term is being put in place.
Listen now to WTOP News WTOP.com | Alexa | Google Home | WTOP App | 103.5 FM

WASHINGTON — The Redskins carry with them more than a four-game winning streak into the Sunday’s NFL playoff game against the Packers at FedEx Field. Talk of a new culture at Redskins Park appears to be more than just talk, and a foundation for success long term is being put in place.

There is more to this Redskins team than just making the most out of the division dubbed the NFC-least because of the poor records of most of its teams. The Redskins 9-7 record hardly impresses, but the way the team secured the division title does.

While there were doubts on the outside, there was belief and determination inside the Redskins.

The summer ended with a change in quarterback from Robert Griffin III to Kirk Cousins, and the fall started like most falls around here with more questions than answers. Six weeks into the season the Redskins were 2-4 and Cousins’ six touchdown passes were countered by his eight interceptions.

From the outside it was the same old Redskins. Inside the Redskins locker room, the talk was of the future and not the past. The final 10 weeks of the season were not easy for the Redskins. There were ups and downs in results, but not emotions.

Even in defeat there was calm and confidence, especially from the quarterback Kirk Cousins, who broke the team’s record for passing yards set by Jay Schroeder in 1986. Cousins also is the first Redskins quarterback since Jurgensen in 1970 to lead the NFL in completion percentage. Additionally, he finished the regular season with 29 touchdowns passes, only two shy of Jurgensen’s franchise record.

Head coach Jay Gruden believes Cousins in his words “is going to be a good one.” But unlike the last time the Redskins made the playoffs in 2012, this team is about more than one hot quarterback and that should mean more than one playoff appearance. 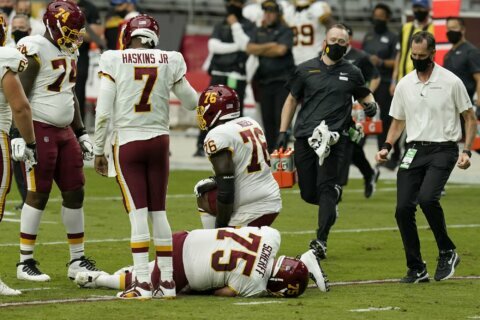 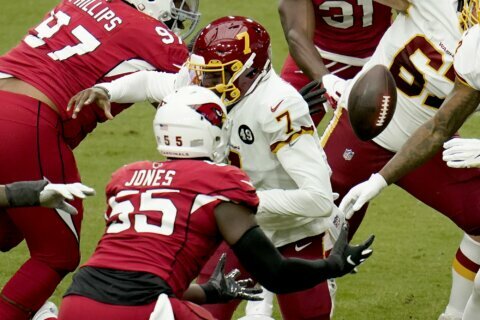