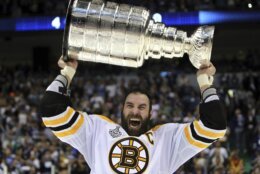 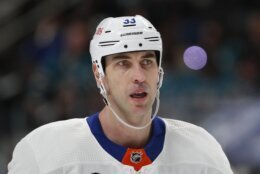 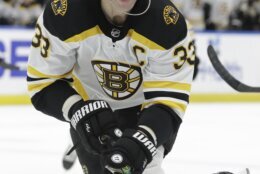 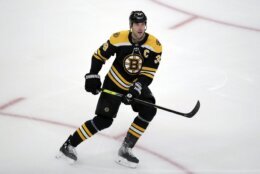 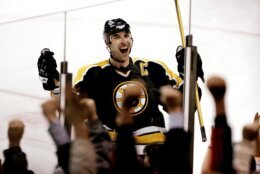 BOSTON (AP) — The player the NHL knew as “Big Zee” is calling it a career.

Zdeno Chara signed a one-day contract with the Boston Bruins and announced his retirement Tuesday after 24 seasons in the NHL and captaining Boston to the Stanley Cup in 2011.

The 6-foot-9 defenseman from Slovakia hangs up his skates at age 45, surrendering the title of the NHL’s oldest active player.

He returned to TD Garden to end his professional playing career two years after leaving the Bruins following 14 seasons with the team.

The proclamation printed on his ceremonial final contract spoke to this longevity in the sport.

“You guys want to know what it says?” he asked the assembled crowd after signing. “Zdeno must agree to keep himself in the good shape and physical condition at all times post-retirement.”

Chara called returning to the city of his biggest NHL triumphs to mark the end of his time on the ice “surreal.”

But he said he’s at peace with a decision made mostly to devote more time and energy to the family that has supported him throughout his career.

“I have no regrets. I would not change a thing,” Chara said. “We are in a business where we are ultimately judged by winning and we experienced our highs and lows with that. But I walk away knowing I gave it everything I had all the time.”

Chara won the Norris Trophy as the league’s top defenseman in 2009 and also spent time with the New York Islanders, Ottawa Senators and Washington Capitals. Known more for his ability to keep the puck out of the net than putting it in, Chara still scored 237 goals and added 523 assists for 760 points in 1,880 regular-season and playoff games.

Chara is a candidate for the Hockey Hall of Fame based not only on his consistency but also his stature in the game from Slovakia to North America. He captured two World Championship silver medal-winning teams for his native country, in 2000 and 2010.

The affinity Chara’s past Boston teammates and coaches have for him was evident Tuesday with several of them, including Patrice Bergeron, Brad Marchand, Tuukka Rask, Brandon Carlo, Jake DeBrusk, Matt Grzelcyk, Charlie Coyle, Charlie McAvoy and others on hand for his news conference.

Chara was the second European captain to win the Cup, following Swede Nicklas Lidstrom with Detroit. He was one of the faces of a winning era for the Bruins, which also included trips to the Stanley Cup Final in 2013 and 2019, the latter he finished while playing with a broken jaw.

Drafted by the Islanders in the third round in 1996, Chara played his first four seasons on Long Island before getting traded to the Senators. Boston signed him in 2006, and that remains one of the most impactful free-agency signings in the 17 years of the NHL’s salary cap era.

Chara made five of his seven All-Star Game appearances while with the Bruins and was one of the city’s most popular athletes during that time. He left in 2020 when the team would not guarantee him a full-time job for the entire season and signed a one-year deal with Washington before finishing his playing career with the Islanders.

But he said building a championship culture in Boston, which until 2011 hadn’t won a Stanley Cup Final since the 1971-72 season in Orr’s heyday, was one of the things he treasures most.

“Because without that you cannot win. You need to have a culture. You need to have players that want to follow,” Chara said. “And it wasn’t just me. It was a team effort. I would have never done it without Patrice. I would have never done it without Brad coming in and following Patrice’s lead. We had guys stepping in that were willing to come from different teams and adjust to that culture. We pushed each other. … We set goals and slowly but surely we were climbing and making the steps.

“It was hard at the beginning. It was not probably easy and not everybody wanted to kind of change. But it was necessary.” 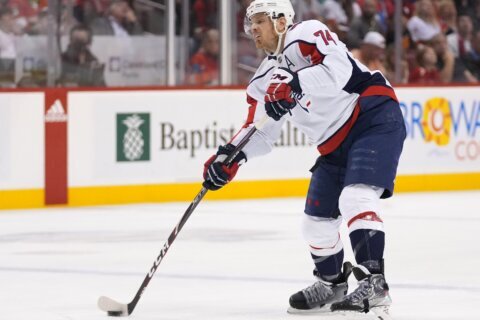 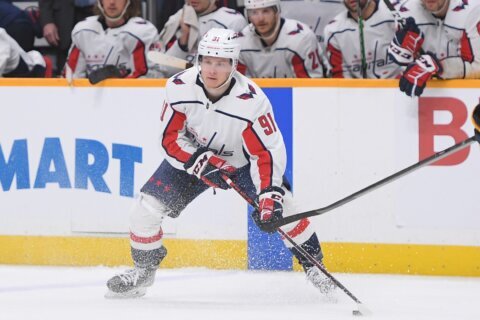 Capitals’ Joe Snively ready to move past ‘cool story,’ establish himself in NHL 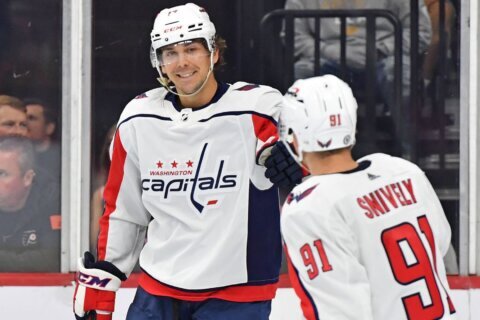