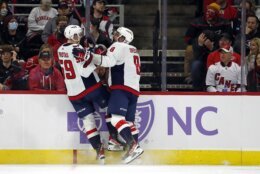 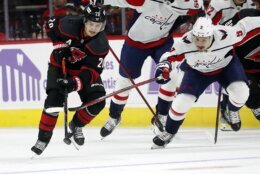 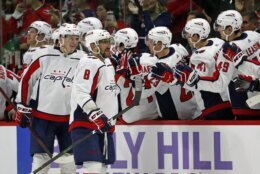 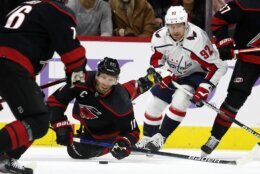 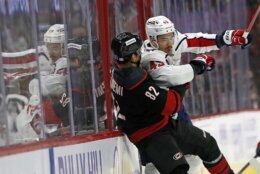 RALEIGH, N.C. (AP) — Dmitry Orlov scored on a power play with 2:55 remaining, and the Washington Capitals recovered after blowing a two-goal lead to beat the Carolina Hurricanes 4-2 on Sunday.

The winning goal, which was set up by Tom Wilson’s pass, came just seconds after Washington’s 5-on-3 advantage expired, but the Capitals still had time with an extra skater. Washington has a power-play goal in three of its last four games.

“It was a great moment for us to win the game,” Orlov said. “I tried to come there (in the slot) and make a strong shot.”

Jesperi Kotkaniemi and Nino Niederreiter scored in the third period for the Hurricanes. Niederreiter’s goal, his first since Oct. 28, tied the game at 2-2 with 6:28 remaining.

“That was a tough way to end the game. I thought it was a great hockey game,” Hurricanes coach Rod Brind’Amour said. “I thought we had a great third period. We just did everything we could.”

Samsonov, whose record improved to 9-0-1, played in his third consecutive game for the first time this season. There was plenty to keep him busy.

“In a big game, in a big situation, too,” Capitals coach Peter Laviolette said. “There were some big saves that (Samsonov) made out there.”

The teams entered the game with a league-low three regulation losses apiece.

“The third was the period where probably we were on our heels the most,” Laviolette said. “We knew they were going to push and they did.”

The teams combined for 28 shots without scoring until Ovechkin took a pass from Orlov and delivered the puck past Andersen for his 19th goal of the season.

Protas had some good fortune for his first career goal. His pass went off Carolina defenseman Tony DeAngelo’s skate, with the puck bouncing into the net. The 20-year-old Protas was playing in his 11th NHL game.

The Hurricanes were 0-for-3 on power plays, making it six games in a row without a goal on the man advantage.

It was Carolina’s first home game in more than two weeks. The Hurricanes went 4-1-1 on a six-game road swing.

The Capitals and Hurricanes had been in the same division since the 1997-98 season prior to last season’s temporary realignment because of the pandemic. It had been approaching two full years since the teams last met on Jan. 13, 2020.

There are players from both teams who were on the rosters for Carolina’s 2019 first-round playoff upset of the Capitals in seven games.

Ovechkin has 44 goals in 82 games against the Hurricanes. Combined with 52 assists, he has 96 points against Carolina.

Of the veteran left winger’s 1,367 career points, he has more against Carolina than any other team.

No active NHL player has more goals, assists and points against the Hurricanes.

Capitals: At Florida on Tuesday night.

Hurricanes: At Dallas on Tuesday night. 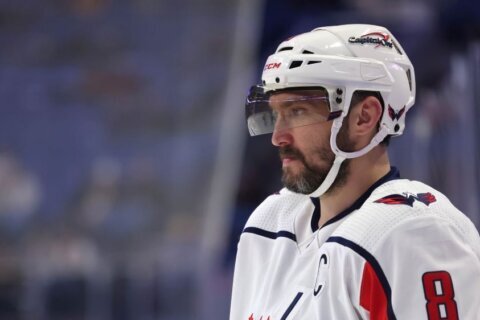 If healthy, Alex Ovechkin says he will go to the All-Star Game 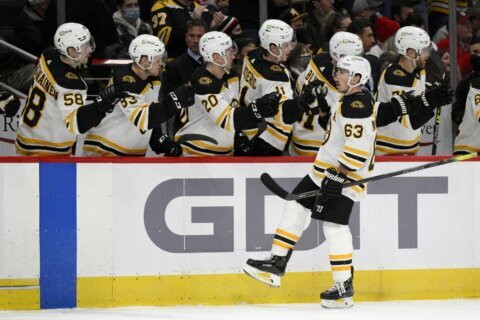