Hornqvist was “blindsided” the Pittsburgh Penguins wanted to trade him. Crawford was “devastated” the Chicago Blackhawks were going in another direction. And Pietrangelo was caught off guard when the St. Louis Blues signed another big-money defenseman, moving on from him before he was ready to close the door on staying.

The past several weeks have featured several recent Stanley Cup winners breaking up their championship core by saying goodbye to a key player with his name on the trophy. It’s a bittersweet reality in the NHL because of the salary cap, and the departing players are left with at least one Cup ring and the irreplaceable memories of winning — plus the hope they can do it all again with a new team.

“We accomplished what we wanted to do there: We won a championship, and I think that’s something you can never take away,” Holtby said after leaving Washington to sign with the Vancouver Canucks. “It was very important to me to find a team that has that same chance and that same structure of an organization and team that can win because that’s what you play for, and I think that’s the opportunity that we have in Vancouver that is very exciting to me.”

The young Canucks look ready to win now, and Holtby gives them another veteran with experience from deep playoff runs after they made it to the second round over the summer.

New Jersey is further away from being a legitimate contender, but Crawford sees plenty of similarities between the Devils and the Blackhawks of more than a decade ago that went on to capture the Cup three times. Instead of Jonathan Toews, Patrick Kane, Duncan Keith and Brent Seabrook, the Devils have Nico Hischier, Jack Hughes, Pavel Zacha and Jesper Bratt in their early 20s and able to grow up together.

“Things change pretty quick in the NHL,” Crawford said after signing with the Devils, who finished last in the Metropolitan Division, have one playoff appearance eight years and no series victories over that time. Chicago made the playoffs once in six years before winning it all in 2010.

“The Hawks did it. They had a young group too, and they got good pretty fast. … It’s a group that can definitely do the same thing.”

That’s what Hornqvist is betting on after waiving his no-trade clause to join the Florida Panthers. The agitating, go-to-the-net winger helped Pittsburgh win the Cup in 2016 and 2017. He didn’t take it too kindly when the Penguins told him they wanted to trade him, so now he’s even more motivated to help the Panthers get the job done.

“The last six years of my hockey career has always been great in Pittsburgh,” Hornqvist said. “All my family life is in Pittsburgh. I like the city, I like the fans, but when they decide they didn’t want me, it was an easy choice to go down to Florida and try to win the Cup there.”

Former Penguins teammate Matt Murray will try to do the same after getting traded and signing a $25 million, four-year contract with the Ottawa Senators. Pittsburgh had already committed to Tristan Jarry as its goalie of the present and near future, so Murray gets a fresh start with a long-term rebuilding project in Ottawa.

Pietrangelo won’t need to be that patient. While taken aback Friday night when the Blues signed Torey Krug to a $45.5 million, seven-year deal to essentially replace him on the blue line, Pietrangelo is almost certainly heading to an elite contender, whether it’s the Vegas Golden Knights or another team.

GM Doug Armstrong said St. Louis tried hard to re-sign the only captain in franchise history to lift the Stanley Cup, but trading for and extending defenseman Justin Faulk at a big price more than a year ago and adding Krug paved Pietrangelo’s road out of town less than 16 months after winning it all.

“That’s the frustration and the joy of today’s NHL with the salary cap,” Armstrong said. “There’s turnover and there’s change and every team has to go through it. You try and keep the nucleus together as long as possible, but change is inevitable.”

The Boston Bruins know that all too well. They lost Krug because they weren’t willing to offer as many years as the Blues and others, and they’ve turned their attention to their longtime captain, Zdeno Chara, who raised the Cup in 2011 and is a free agent.

Chara is 43 now in the twilight of his career, though he’d like to play another season. Like Armstrong describing Pietrangelo as “historic,” Bruins GM Don Sweeney called Chara an “iconic” player — and the 6-foot-9 defenseman’s departure would be the biggest crack yet to the core that won the Cup nine years ago, and reached the final in 2015 before losing to Crawford’s Blackhawks and 2019, losing to Pietrangelo’s Blues.

“What Zee decides to do, ultimately he’ll tell us, then we’ll react accordingly to that,” Sweeney said. “And we have our own feelings as to where these things will go.”

The most recent Cup champions, the Tampa Bay Lightning, don’t really know how things will go before they try to defend their title. They’re in a bind up against the salary cap, needing to get new contracts done for restricted free agents Mikhail Sergachev and Antony Cirelli.

Tampa Bay put longtime forward Tyler Johnson on waivers, but with a $5 million cap hit for four more years, he went unclaimed by the league’s other 30 teams. It’s back to the drawing board for the Lightning, and it looks as if they’ll have to part with an important player from their championship core. 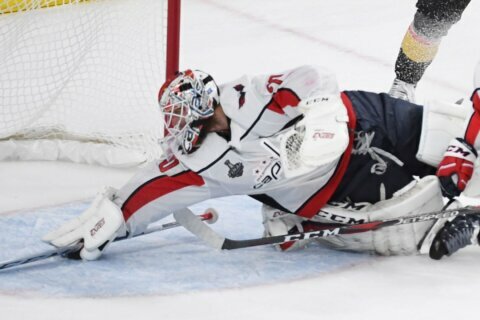 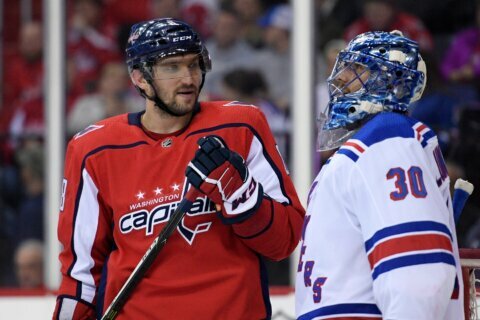