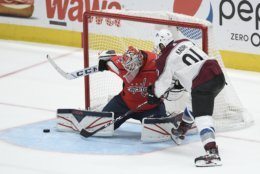 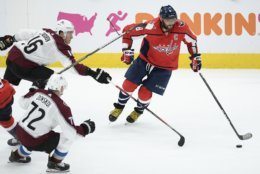 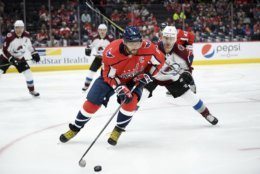 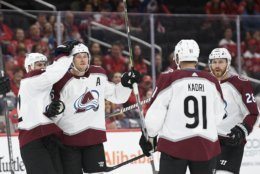 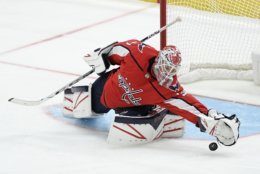 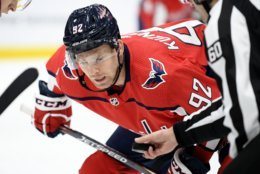 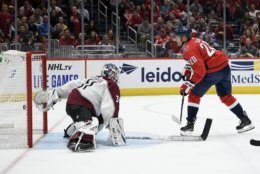 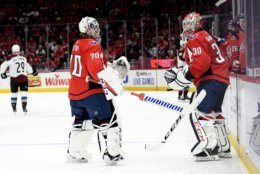 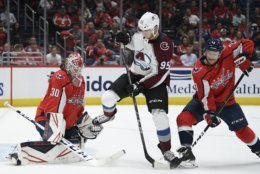 WASHINGTON (AP) — Even after sweeping a four-game homestand to start the season, the Colorado Avalanche felt they could do a better job of starting games.

They proved themselves right Monday night against the Washington Capitals.

Nazem Kadri and Mikko Rantanen each had a goal and two assists, and Colorado scored four first-period goals to beat Washington 6-3 and improve to 5-0-0.

Erik Johnson, Nikita Zadorov and Matt Nieto also scored for the Avalanche, who scored on their first three shots on goal and four of the first five. Nathan MacKinnon added an empty-net goal and had an assist.

“That was one of the weirdest starts, or the craziest ones that I’ve seen in a long time,” said Avalanche goalie Philipp Grubauer, who stopped 29 shots against his former team. “But obviously we talked about that. Because we didn’t come out too hot in the last four games. So we wanted to make sure we come out really strong, especially on the road.”

Andre Burakovsky picked up an assist in his first return to Washington as a visiting player, as Colorado took a first period lead for just the third time in their five wins.

The Avalanche’s season-opening win streak is tied for their second-longest since the team moved to Colorado, and matches their fourth-longest in franchise history.

“I don’t think we’ve played our best yet,” Grubauer said. “I think we dodged a couple bullets a little bit early and got the win, but overall we got the two points. Nobody is asking at the end how.”

Alex Ovechkin, Lars Eller and T.J. Oshie scored for Washington and Evgeny Kuznetsov had two assists. Braden Holtby gave up the three early goals on three shots and was pulled after Kadri’s goal 7:54 into the game for the earliest removal of his career. Rookie Ilya Samsonov came on and finished with 19 saves on 21 shots.

Colorado got traffic in front of Holtby on its first two goals. Burakovsky jumped up off the ice to evade Johnson’s opener, shot from just beyond the left face-off circle. On Zadorov’s crafty spin and finish to make it 2-0, it was MacKinnon leaping across Holtby’s field of vision.

Kadri made it 3-0 when the Avalanche caught the Caps pressing into the attacking zone, taking Joonas Donskoi’s feed and rifling a shot from the left that beat Holtby to his glove side and ended his evening.

Rantanen’s fourth of the season made it 4-0 at 9:25 of the opening period on a power play. Kadri had his second assist of the game on the play.

“That was our best period of the year,” Avalanche coach Jared Bednar said.

The Capitals got no closer than two goals afterward. Late in the third, John Carlson appeared to have closed their deficit to 5-4, but his one-timer was disallowed for offside following Bednar’s challenge.

NOTES: Washington has lost its first three home games for the first time since dropping their first three of the 1983-84 season. The first two losses were in overtime. … At the first media timeout of the first period, the Capitals played a video montage in tribute to Burakovsky, who spent his first five seasons in Washington and was part of its 2018 Stanley Cup triumph. From the bench, Burakovsky raised his arm in recognition of a sizable ovation from the crowd. … Washington C Nic Dowd played his 200th career game. … The Avalanche have scored at least three goals in each of their first five games, the first time they’ve accomplished that feat since arriving in Colorado. … Avs D Ian Cole made his season debut after undergoing two offseason hip surgeries. … Holtby’s previous shortest outing came when he was pulled with 9:07 played, having allowed three goals on five shots, during his rookie season, on Nov. 19, 2010.

Avalanche: At Pittsburgh on Wednesday night.