No deaths in Virginia flooding that washed out homes, roads

Authorities in a remote corner of southwest Virginia have located more than half of the 44 people who were reported unaccounted for after devastating flooding washed out roadways and damaged more than 100 homes.
Listen now to WTOP News WTOP.com | Alexa | Google Home | WTOP App | 103.5 FM
(1/19) 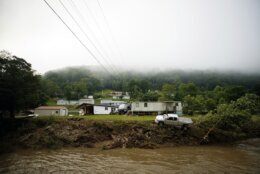 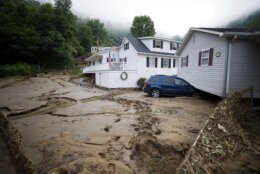 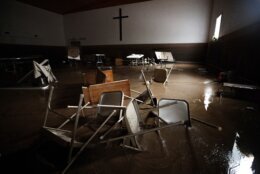 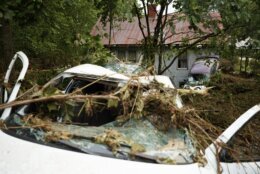 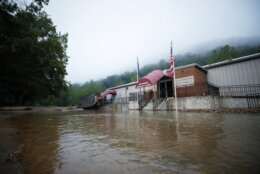 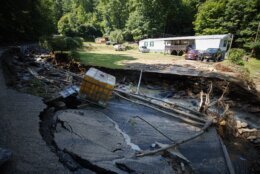 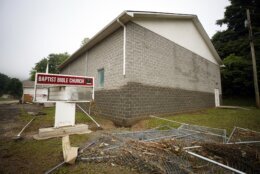 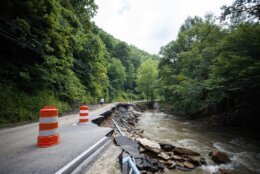 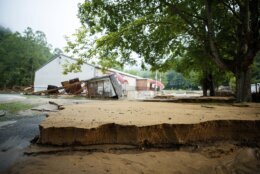 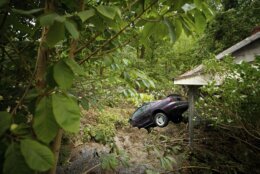 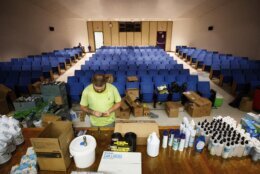 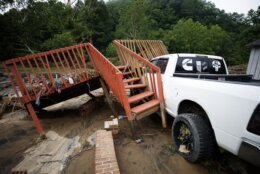 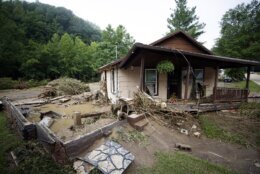 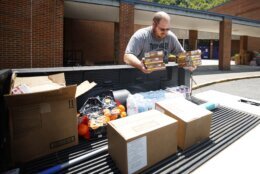 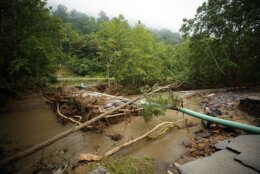 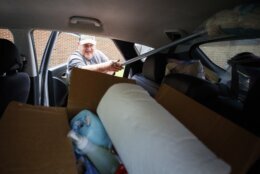 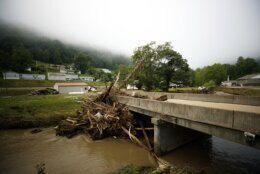 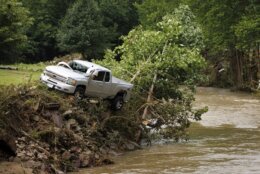 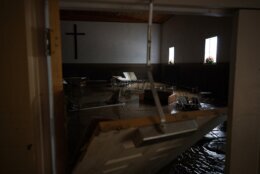 GRUNDY, Va. (AP) — Rains that swiftly flooded a remote corner of southwest Virginia washed out roads, tore homes from their foundations and left people scrambling to find loved ones in areas where phone service was knocked out completely.

Authorities feared the worst Wednesday as they were inundated with calls from people who said they were unable to reach family members, leaving a total of 44 people unaccounted for, said Billy Chrimes, a search and rescue specialist with the Virginia Department of Emergency Management. But by noon Thursday, everyone had been located.

“We walk into it as a worst case scenario. We plan for the worst, we hope for the best, and once again, that’s been the case,” Chrimes said.

Residents said they were stunned by the dramatic flooding, which caused mudslides that blocked roads, knocked out power and left many people without phone service.

“We gathered at my house and we said if it got any higher that we were just going to start heading up in the mountains to try to get safe, but luckily, thank God, we didn’t have to,” Deana Kimbrough told WCYB-TV.

Seth Owens told the station he was among people who sought refuge at a post office and witnessed houses washing away.

“The next thing you know, the house is floating on down through there. … Two of the houses washed off,” he said.

In Whitewood, an unincorporated community with a population of about 500, mud left from the flooding was 1 to 2 feet deep in some places. At least one bridge had collapsed, and one home appeared to have been pulled from its foundation and carried across the street.

Authorities said only one injury was reported, and that was a snake bite. Three roads were closed Thursday, including Route 715, which was expected to remain closed indefinitely because of a bridge that was damaged by the flooding.

Virginia Gov. Glenn Youngkin plans to travel to Buchanan County on Friday to meet with families and first responders, and to tour areas affected by the flooding. Youngkin has declared a state of emergency to aid with the response and recovery efforts.

Chrimes said one of the biggest challenges for rescue crews was the large geographic area that was affected. He said crews searched 30 miles (48 kilometers) and more than 400 structures.

“We’ve seen everything from the landslides to just flooded roads, where the road‘s been completely washed away, and so that’s presented challenges with getting our teams in and making access,” he said.

“We have the mountains, not a lot of place for the water to go.”

Sheriff John McClanahan said the floodwaters were receding and the county is working with the Virginia Department of Transportation crews to assess damages to homes and to remove debris and mud from the roadways to get them reopened.

Buchanan County also suffered serious flood damage last year, when the remnants of a hurricane hit the area in August, washing away homes and leaving one person dead. This week’s flooding was less severe but more widespread, authorities said. 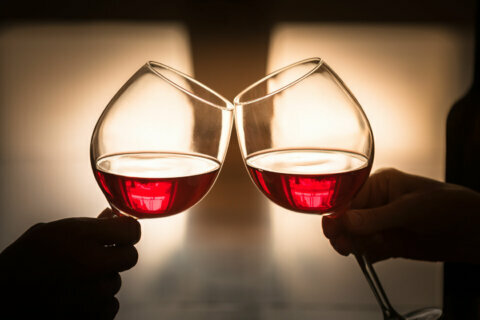