Leaders in the Black community of Virginia Beach called Wednesday for a federal investigation into the fatal police shooting of a Black man, saying his right to carry a gun for protection was ignored during a night of violence earlier this year on the city's oceanfront.
Listen now to WTOP News WTOP.com | Alexa | Google Home | WTOP App | 103.5 FM

Leaders in the Black community of Virginia Beach called Wednesday for a federal investigation into the fatal police shooting of a Black man, saying his right to carry a gun for protection was ignored during a night of violence earlier this year on the city’s oceanfront.

“The Second Amendment does not work when it comes to African Americans,” Carl Wright, an activist and former local NAACP chapter president, said at a news conference. “He was a legal gun carrier. And yet his life was taken. There’s no justice.”

That concern was among several raised a day after a special grand jury found that a police officer, who is also Black, was justified in fatally shooting Donovon Lynch. Lynch’s family and community leaders also pushed back against what they said were coded words by authorities that painted Lynch as a dangerous Black man.

“He was a great young man,” said his father Wayne Lynch, who has filed a $50 million wrongful death lawsuit. “He did everything he was supposed to do. He didn’t break any laws.”

Lynch, 25, had played football and graduated from the University of Virginia’s College at Wise. His father said he carried a gun because he had a security business.

Lynch and a friend had visited the city’s boardwalk area on a warm March night that drew crowds of people. The evening dissolved into chaos after separate outbreaks of gunfire. At least eight people were wounded and one woman, who was believed to be a bystander, was killed.

The city’s prosecutors said Tuesday that officer Solomon D. Simmons encountered Lynch along a line of bushes beside a parking lot. A shooting had just occurred there in which 50 rounds were fired.

Simmons told investigators that he saw Lynch with a gun while crouched in the bushes. Simmons said he heard the distinct sound of a gun being racked to place a bullet in the chamber. He said he saw Lynch begin to rise and thought he would fire into a parking lot filled with people and police.

Simmons said that he said something to Lynch — though he doesn’t remember what — and Lynch began turning around before Simmons fired. A police detective who was nearby said he also saw Lynch and was preparing to fire his gun before Simmons fired his weapon.

Simmons never explicitly stated that Lynch pointed the gun directly at him, prosecutors said. But Commonwealth’s Attorney Colin Stolle told reporters Tuesday that it was “not only just whether the weapon was pointed at Officer Simmons. It was also —- are the people in the parking lot at risk?”

Lynch’s death has drawn heightened scrutiny because he is a cousin Grammy winning musician Pharrell Williams. Many who spoke at Wednesday’s news conference questioned whether Lynch broke any laws.

Among them was Virginia Beach City Councilman Aaron Rouse, who pointed out that he was also a large Black man like Lynch — and a concealed weapon permit holder.

“That night, with all those gunshots going on —- and I’m hiding behind the bush —- I’m going to have my weapon out protecting myself as well,” Rouse said.

Karen Hills Pruden, the local NAACP chapter president, added: “When you hear gunshots and you are a legal gun carrier — and there’s nowhere to get to safety — what do you do, gun carriers of Virginia? You pull out your gun.”

Gary McCollum, a local minister and activist who facilitated the news conference, added: “Please know that the family and all of us standing here —- we’re not anti police. We love our police officers in Virginia Beach. We feel safe because they’re there.”

But he also called for more transparency and accountability from the department in the aftermath of Lynch’s shooting.

In a brief interview Wednesday, Virginia Beach Police Chief Paul Neudigate said he trusts in the process of the investigation into Lynch’s death. It was conducted by the Virginia State Police and then turned over to the members of a special grand jury in that city.

Neudigate said the department will conduct its own administrative review of the incident, and see “if there are any lessons that we can learn from a training perspective going forward.”

“Recently, we just went through a refresher on fair and impartial policing,” the chief said. “So it’s very heavily on our mind to make sure that everything we do is fair and equitable.” 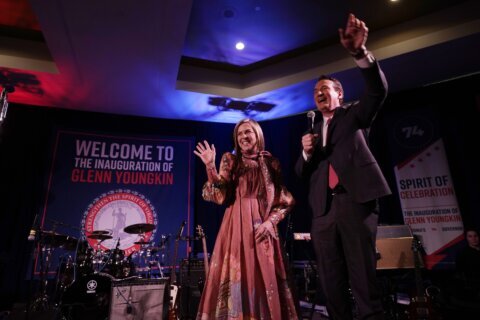 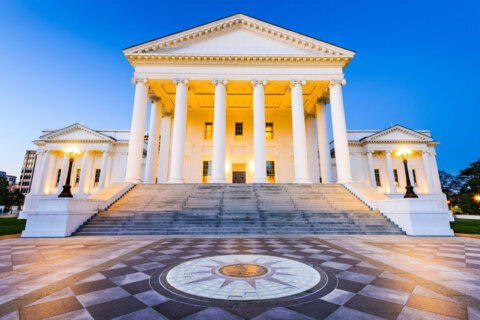 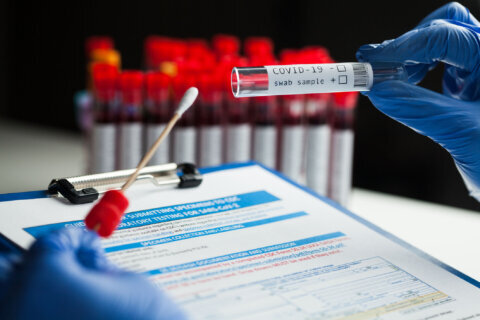