Authorities in Virginia say that a man has died after being shot by a Roanoke County police officer.
Listen now to WTOP News WTOP.com | Alexa | Google Home | WTOP App | 103.5 FM

ROANOKE, Va. — Authorities in Virginia say that a man has died after being shot by a Roanoke County police officer. The Roanoke Times reports that the incident occurred Friday evening. Roanoke County spokeswoman Amy Whittaker told the newspaper that authorities had received a call about a domestic dispute with a weapon. She said that Roanoke County police made multiple attempts to communicate with a man inside a residence. But he was non-compliant. Whittaker said the male unexpectedly exited the residence, engaged with an officer and two shots were fired. Police said that Shawn Alan Smith was fatally wounded. The officer involved in the shooting was not hurt. Whittaker said the officer has been placed on administrative leave, per department policy. The investigation is ongoing. 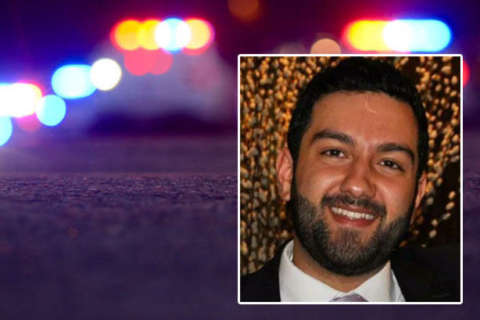