It's one of the largest and most expensive highway projects the D.C. area has ever seen, but the Transform 66 Outside the Beltway project is still scheduled to finish on time in December 2022.
Listen now to WTOP News WTOP.com | Alexa | Google Home | WTOP App | 103.5 FM
(1/6) 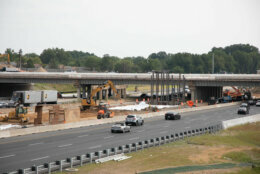 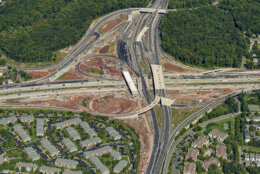 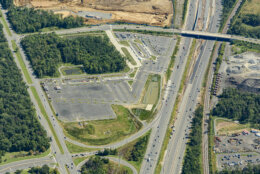 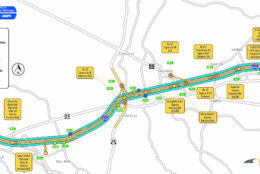 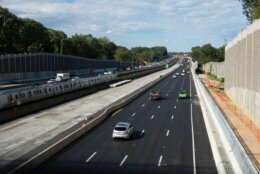 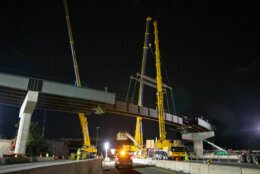 It’s one of the largest and most expensive highway projects the D.C. area has ever seen, but the Transform 66 Outside the Beltway project is still scheduled to finish on time in December 2022.

“Yes we are on schedule for December tolling, opening the express lanes,” said Susan Shaw, director of mega projects for the Virginia Department of Transportation (VDOT).

When the $3.7 billion project to transform Northern Virginia’s Interstate 66 is complete, there will be two express lanes and three regular lanes in each direction of I-66 from the Capital Beltway to Gainesville.

Shaw said it’s only been since the end of summer that people could get a sense of how much I-66 has changed, and she said it’s really important that drivers pay attention.

“It doesn’t look like what it used to. There used to be a bunch of trees over here; now there’s pavement and a retaining wall. And you can’t key off of the normal features you would have been looking at to kind of tell you, ‘Oh yeah, my exit is coming up,'” Shaw said.

One of the areas along I-66 that has changed the most is at the Route 28 interchange in Centreville. Shaw said the contractor doing the work, FAM Construction’s I-66 Mobility Partners, ran into some rough conditions at that location.

“The amount of rock they encountered at the Route 28 interchange area has been surprising to them,” said Shaw, adding that more blasting was needed than first thought to clear the rock.

One thing that made construction a little easier, however, was reduced traffic volume because of the pandemic. Shaw said that although safety protocols for workers had to be changed, it helped the project by allowing VDOT to expand lane closure hours without really hurting traffic flow because fewer people were on the road.

One feature drivers will notice when the project is done is green space in between the eastbound and westbound lanes of I-66 from the Nutley Street exit in Vienna to Route 29 in Centreville.

When the decision is made to start that project, there will be room to extend Metro out to Route 29, she said. Beyond that, there is no median in between the westbound and eastbound lanes.

Does that mean another huge transformation of I-66 will be needed if there’s a push to extend Metro to Gainesville?

“Will it ever need to be bigger? I’m not going to answer that question,” Shaw said. “Who knows. It won’t be for a long, long time.”

Shaw said that transportation leaders tried to project traffic needs out to 2040 in designing the improvements underway. VDOT has an animated video showing what I-66 will be like when the project is completely finished; you can see it here. 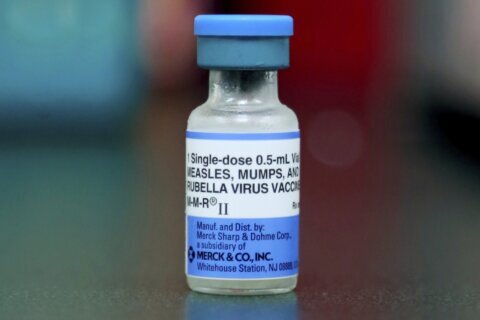 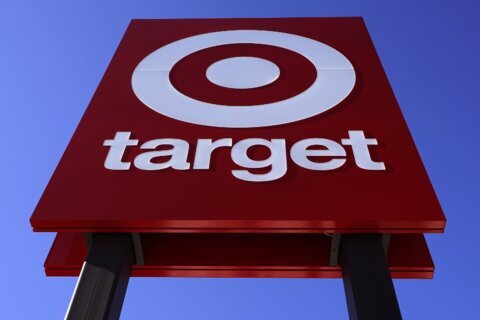