HENRICO, Va. (AP) — When Planned Parenthood canvassers stopped by Megan Ortiz’s house, the 32-year-old therapist was getting ready to head out and too distracted to talk for long.

But after they left, she thought better of it. She jumped in her minivan and drove the streets of her suburban Richmond neighborhood until she tracked down the canvassers. “I want to volunteer for you!” she proclaimed, eliciting cheers.

What changed her mind? Texas, she said.

Democrat Terry McAuliffe has spent months trying to get Virginia voters to focus on abortion, part of his effort to drive the Democratic turnout he needs to win the state’s closely watched governor’s race. Pointing to the Texas law, and with a majority-conservative Supreme Court taking up a case that could overturn the landmark 1973 Roe v. Wade decision, McAuliffe and his allies argue that the issue may matter more now than at any previous time in a half century.

But breaking through to Democratic voters who are weary of politics in general and more focused on the pandemic, the fragile economy and other issues has been a struggle. McAuliffe’s battle with Republican former business executive Glenn Youngkin appears headed to the wire, even in Virginia, where Republicans have not won statewide office in 12 years and women, especially those in the suburbs, have turned away from the GOP in droves during the Trump administration.

If protecting abortion rights doesn’t rise above the din of issues like COVID restrictions for schools in this Democratic-leaning state, that doesn’t bode well for a party hoping the issue can prove decisive nationwide in preserving its narrow control of Congress during next year’s midterms.

“This is something that voters across the country should be scared about,” said Jessica Floyd, president of American Bridge 21st Century, the Democratic Party’s opposition research arm.

Though she argued McAuliffe’s plans are better on multiple fronts, Floyd also conceded: “We know women are tired post-Trump. We’re all focused on our families.”

A Monmouth University poll released late last month found that abortion trailed the economy, the pandemic and education on Virginia voters’ list of priorities. The same poll found that McAuliffe had a 40-32% advantage on the issue.

“It has been shockingly difficult recruiting folks,” said Lucy Hartman, the group’s organizing director, who noted that part of the problem was the coronavirus delta variant surging this summer.

NARAL Pro-Choice Virginia, another abortion rights group, tweeted that it is still looking for people to knock on doors prior to Election Day — and paying canvassers $25 per hour.

Democrats are familiar with this. For years, abortion rights opponents have been more effective at mobilizing voters around this single issue, effectively creating a passion gap between the two sides.

Gallup polling released last year found that those who oppose abortion are more likely to make it the deciding factor in elections, 30% to 19% when compared to abortion rights supporters.

Those anti-abortion voters include Andrea Pearson, a 59-year-old office manager from Leesburg, about 30 miles outside Washington, who said she had her first abortion at 18. It left her so devastated emotionally that she struggled with drugs and alcohol and eventually underwent two more abortions, she said. Today, opposing abortion is Pearson’s top issue when casting a ballot.

“I know what I went through,” she said. “Women deserve better.”

But Pearson is not in the majority. VoteCast, an Associated Press survey of the 2020 electorate, found that 61% of Virginia voters said abortion should be legal in at least most cases, similar to the nationwide percentage. Separately, 69% said Roe v. Wade should be left as is, compared to 29% saying the decision should be overturned.

That case’s fate will being tested in December, when the Supreme Court hears arguments on Mississippi’s request to reverse Roe v. Wade — which held that the U.S. Constitution protects a pregnant woman’s right to choose to have an abortion without excessive government restrictions. The court already has refused to block implementation of Texas’ law, which prohibits abortions once cardiac activity is detected. That’s usually around six weeks, before some women know they are pregnant.

“There’s a sense in which it seems quite likely the court will reverse Roe,” said Mary Ziegler, a professor at Florida State University College of Law, who studies the history of U.S. abortion law. That could leave it to state legislatures and governors to decide abortion laws.

McAuliffe has tried to pound this message home. Shortly after Texas’ law went into effect last month, he toured an abortion clinic and he’s produced numerous ads proclaiming himself a “brick wall” in defense of reproductive rights.

“For 50 years, this has been a hypothetical. We always felt that the Supreme Court would protect Roe v. Wade,” McAuliffe said of the prospect of the case being overturned during a recent rally with first lady Jill Biden in Henrico, a community of neat subdivisions and deep forests northwest of downtown Richmond. “But now with Trump’s Supreme Court that’s all changed.”

Youngkin, who is trying to appeal to suburban moderates and independents, isn’t eager to talk about the issue.

He has said he would not have signed the Texas law, and says he supports a ban at 20 weeks of pregnancy. But in a recent AP interview, he would not answer a question about whether he backs earlier restrictions. The question prompted an outburst from a Youngkin campaign strategist, who objected to it as theoretical, then stormed out.

But he has also acknowledged that abortion puts him on the defensive. In July, a liberal activist recorded him suggesting that strong opposition to abortion could cost him votes, but things would be different if he wins.

“When I’m governor, and I have a majority in the House, we can start going on offense,” Youngkin said, referencing possible GOP gains in statehouse elections. “But as a campaign topic, sadly, that in fact won’t win me independent votes that I have to get.”

Katy Talento, who works in health care and lives in Lessburg, said McAuliffe has relied on abortion because he can’t defend Democratic positions on schools, the economy and “COVID tyranny.”

“The Democrat base is demoralized so, of course, what does he think is going to rile them up and turn them out?” asked Talento, who is a former health adviser to the Trump White House. “It’s going to be scaremongering of his base that Virginia is going to turn into Texas.” 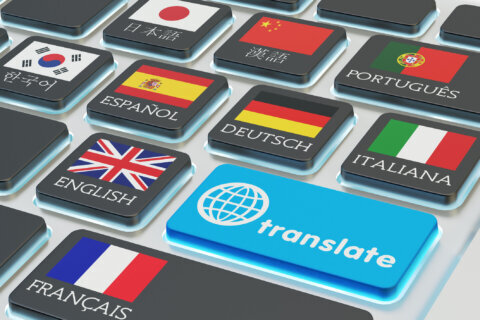