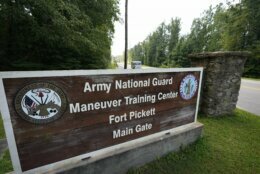 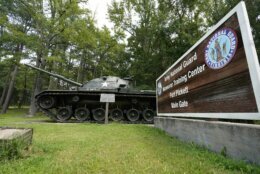 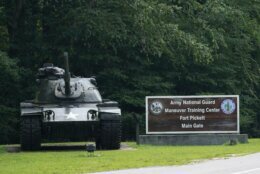 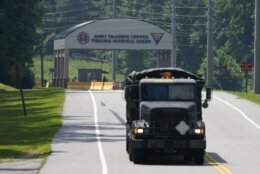 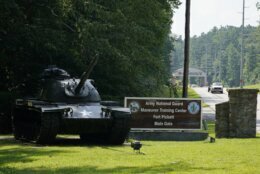 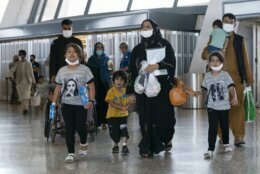 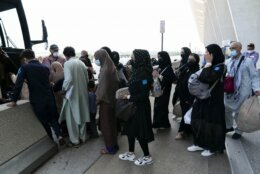 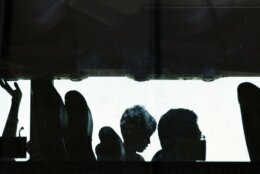 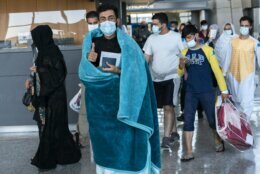 RICHMOND, Va. (AP) — Gov. Ralph Northam’s administration received notification Wednesday that the Department of Defense had authorized the use of Marine Corps Base Quantico to house Afghan refugees, as well as a national guard installation in central Virginia.

Fort Lee, an Army training site in Virginia, was already housing immigrants who recently fled Afghanistan. Over the coming weeks, capacity at Quantico and Fort Pickett in Nottoway County “will build” to support about 5,000 and 10,000 people, respectively, according to an email a senior Northam administration official received and shared with The Associated Press.

“We welcome these refugees, no matter how long or short they are here,” said Billy Coleburn, the mayor of Blackstone, which neighbors Fort Pickett.

An email seeking further comment from the Department of Defense wasn’t immediately returned.

U.S. Rep. Abigail Spanberger, whose district includes Fort Pickett, said her office was requesting additional information from Biden administration officials about the plans and how they will impact the area.

Since the Taliban seized the Afghan capital on Aug. 14, about 82,000 people have been airlifted from Afghanistan.

Secretary of State Antony Blinken said Wednesday that as many as 1,500 Americans may still be awaiting evacuation. And untold thousands of at-risk Afghans are struggling to get into the Kabul airport.

As of Wednesday morning, more than 8,600 evacuees have arrived in the U.S. through Virginia’s Washington Dulles International Airport, according to figures provided by Grant Neely, a communications advisor for Northam.

U.S. Sen. Mark Warner, chairman of the Senate Intelligence Committee, said at a community event Wednesday that officials were looking for additional airports to serve as entry points because Dulles was “getting overwhelmed,” according to a transcript of his remarks provided by his office.

At the airport Wednesday, a steady trickle of evacuees made their way from a holding area, where their papers were processed and they were tested for COVID-19. They were then put on waiting buses that would take them to the Dulles Expo Center or other temporary sites. Some said they had been waiting a day or more at the airport. In contrast with other international arrivals passing through customs with loads of luggage on carts, the evacuees often have had few or no belongings at all.

Neely wrote in an email that military flights and buses were providing transportation to take evacuees who are not U.S. citizens or green card holders to military installations for further processing toward their final destination. U.S. citizens were passing through immigration and customs and being offered assistance for such things as temporary lodging and travel, he said.

Virginia agencies and local governments were helping with the logistical efforts.

The Virginia Department of Health was testing everyone arriving without documentation of a negative COVID test in the last 72 hours, Neely said.

Of the more than 900 tests done Tuesday, 11 people tested positive, he said. Fairfax and Loudoun counties were providing isolation and quarantine space for U.S. citizens who test positive as needed, according to Neely. The state and defense departments were handling those accommodations for noncitizens.

The evacuees were also being offered vaccines against the coronavirus and taking them at a higher rate than Virginians, Warner said.

Northam said in an interview Wednesday that he was proud of the state’s efforts.

Northam and his wife, Pam, also described the conditions at Fort Lee, where they both recently visited but press access has not been allowed.

They said the refugees were being provided adequate, culturally sensitive accommodations with access to medical care and space for recreation and worship.

“As you might imagine, logistically, it’s a major challenge. But they’re handling it well,” Northam said of the efforts at Fort Lee.