The change reduced the farm’s bill nearly $152,000 in 2020 and 2021 combined, according to information provided to the newspaper by the county’s Department of Tax Administration. The seven parcels making up the farm were assessed at more than $6.8 million last year, but with the agricultural district rate, the assessment dropped to $376,900.

The former private equity executive has contributed $12 million of his own money to the effort to win the governorship. He’ll face Democrat Terry McAuliffe, a former governor, in November’s election.

The couple sought the designation as part of a commitment to environmental stewardship and conservation, Youngkin spokeswoman Macaulay Porter said in a statement. he couple and other neighbors maintain a trail open to hikers and horseback riders and are thrilled to share it with others, the statement said.

“Over the past two years, the Youngkins have spent tens of thousands of dollars more than the tax benefit is worth to protect and improve the property’s environment and natural habitats,” Porter said Thursday.

The Fairfax County Board of Supervisors unanimously approved the Youngkins’ request for the designation for property owners who meet certain criteria and agree not to develop their land for eight years. The farm is one of 43 such districts in the county. 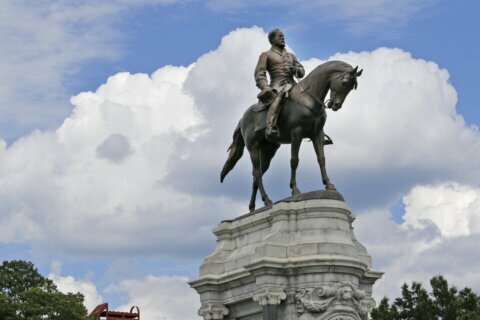