NORFOLK, Va. (AP) — The Virginia city of Norfolk has fired a police lieutenant after news reports that said he donated to and expressed support for Kyle Rittenhouse, the teenager accused of killing two people during a police brutality protest in Wisconsin last summer.

City officials announced Tuesday that police Lt. William Kelly had been “relieved of duty” after an internal investigation.

“His egregious comments erode the trust between the Norfolk Police Department and those they are sworn to serve. The City of Norfolk has a standard of behavior for all employees, and we will hold staff accountable,” City Manager Chip Filer said in a statement.

The development came after news organizations including The Virginian-Pilot reported that they had obtained data from a Christian crowdfunding website that was hacked, apparently showing an initially anonymous $25 donation to Rittenhouse’s legal defense fund was linked to Kelly’s work email address.

According to the newspaper, the donation carried the comment: “God bless. Thank you for your courage. Keep your head up. You’ve done nothing wrong.”

It went on to say, “’Every rank and file police officer supports you.”

According to prosecutors, Rittenhouse, who is white, came to Kenosha, Wisconsin, last August as the city was in the throes of chaotic protests after a white police officer shot a Black man, Jacob Blake, in the back during a domestic disturbance. Rittenhouse was 17 at the time.

Rittenhouse is accused of opening fire on protesters with an AR-15-style rifle. Two were killed and one was wounded.

He has argued he fired in self-defense after the protesters attacked him, and his case became a rallying cry for some conservatives who helped raise money for his bail in November. Others have cast him as a trigger-happy domestic terrorist.

Earlier this year, Rittenhouse was captured on video at a bar wearing a T-shirt that read “Free as (expletive)” and flashing white supremacist signs, according to prosecutors.

The Guardian first reported the news of the data breach and Kelly’s apparent donation to Rittenhouse.

Kelly was initially put on administrative duty Friday, the city said. He can appeal the firing.

It was not immediately clear if Kelly had an attorney representing him who could comment on his behalf. The Associated Press unsuccessfully attempted to reach him by phone.

Clay Messick, president of the local police union, told the Pilot that the decision to fire Kelly, not a union member, was “disappointing.”

“We were hoping for a full, transparent investigation,” he told the newspaper. “But after 72 hours, I do not believe that is what we got.”‘

Norfolk Police Chief Larry Boone said in a statement he hoped the “perceptions” of an individual officer wouldn’t undermine community relations with the department.

“A police department cannot do its job when the public loses trust with those whose duty is to serve and protect them,” Boone said. 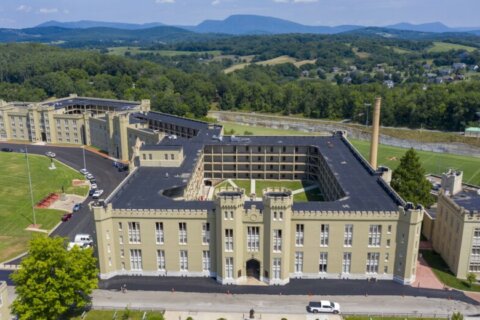 Restart is not resumption: Fuel has ways to go before reaching Northern Virginia