RICHMOND. Va. (AP) — A federal appeals court ruled Thursday that sheriff’s deputies in Virginia violated the constitutional rights of a Black man when they arrested him for refusing to identify himself.

The decision by the 4th U.S. Circuit Court of Appeals partially overturns a lower court ruling that upheld the legitimacy of the 2017 arrest of George Wingate by two Stafford County deputies. The deputies invoked a local statute requiring people to provide identification to police when public safety warrants it.

Wingate sued, arguing that his arrest was a textbook example of “driving while Black.”

According to court records, Wingate was driving on Jefferson Davis Highway in April 2017 when the check-engine light lit up on his dashboard. The mechanic pulled over and popped the hood to try to fix the problem.

A deputy, Scott Fulford, saw the car and pulled in behind to help. Fulford said he became suspicious because Wingate was dressed in dark clothing, and got out of his car when Fulford arrived. Fulford also said there had been thefts of car parts in the area, and Wingate was outside a car dealership.

The deputy asked Wingate to provide identification, citing a county law that requires people to provide ID to authorities “if the surrounding circumstances are such as to indicate to a reasonable man that the public safety requires such identification.”

Wingate refused to provide an ID, and Fulford and another deputy arrested him. Criminal charges were later dropped.

Wingate filed a civil suit in federal court in Alexandria, where a district court judge ruled that the deputies’ actions were reasonable under the circumstances. The appeals court disagreed in Thursday’s ruling.

The deputy “first began to suspect criminal activity when a man that he intended to help approached him in dark clothing. That is not enough,” wrote Chief Judge Roger Gregory. The three-judge panel’s ruling was unanimous, though one of the three wrote a brief concurring opinion.

“It didn’t invalidate the statute. It clarified the parameters of the statute,” Olsen said.

Wingate’s lawyer, Victor Glasberg, said he was generally pleased with the ruling, which he said makes clear that his client’s arrest was unconstitutional and the county statute can’t be used to justify such a stop.

While the judges were unanimous that the traffic stop was constitutionally flawed, it’s less clear whether the officers can be held liable and Wingate can receive damages. The judges ruled that the deputies are at least partially immune from being sued because they were operating under a good-faith belief that the statute gave them the right to demand identification.

The judges sent the case back to the lower court for further proceedings. Glasberg said he may ask the appeals court to reconsider parts of its ruling to provide more clarity to the district court judge on how he should go forward. 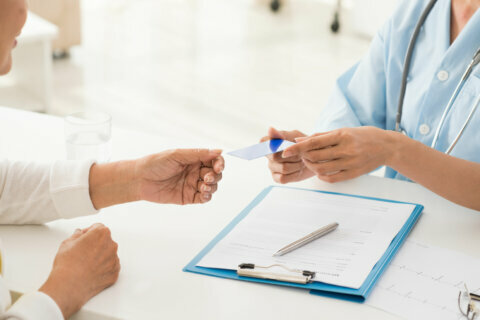