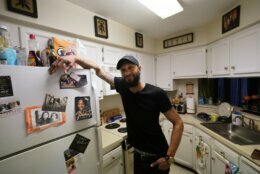 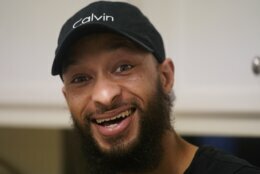 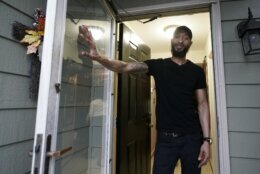 RICHMOND, Va. (AP) — Mike Thomas earned a college degree in accounting, but has never worked in his field. Three convictions for marijuana possession put an end to that.

Thomas, who is Black, is an example of one of the main arguments made in the push to legalize recreational marijuana in Virginia. Democrats in the General Assembly frame this as a social equity issue, a necessary step to ending the disparate criminalization of people of color under the state’s current marijuana laws.

“After going through the background checks for a couple of jobs, then getting that letter saying they can’t hire me due to my background, I honestly just gave up seeking a good job,” Thomas said. “From there on, it was 7-Eleven, Wendy’s, things of that nature. It really diminished my hopes of having a career.”

Separate bills approved by the Senate and House of Delegates this month would legalize possession of up to an ounce of marijuana for people 21 and over. Both bills also would begin a process of automatically expunging misdemeanor marijuana-related offenses from criminal records on July 1.

They also include broader proposals, reflecting the Democrats’ political strength in Virginia. Reparations to people of color and communities hurt by the disproportionate enforcement of marijuana laws would include a program that would give those who have been harmed preference for licenses to get into the marijuana marketplace as cultivators, wholesalers, processors and retailers.

Virginians who have a marijuana-related conviction, have family members with a conviction, or live in an area that is economically distressed could qualify as a “social equity” applicant who can receive technical advice and lower or waived application fees. The bills don’t specify what crimes might make a person or family ineligible.

Both bills also call for dedicating 30% of marijuana tax revenue — after program costs — to a Cannabis Equity Reinvestment Fund. The money would be used to help communities that have been historically over-policed for marijuana crimes through scholarships, workforce development and job placement services, and low- or no-interest loans for qualified cannabis businesses.

Virginia’s new Democratic majority already decriminalized marijuana last year, making simple possession of up to an ounce punishable by a $25 civil fine. Gov. Ralph Northam announced in November that he would push for the next step — legalization — citing unequal punishments for marijuana-related crimes among people of color.

The House and Senate still need to reconcile significant differences between their versions of the legislation. They’re currently in a standoff over when legalization would kick in and whether to approve the legal framework for the marketplace this year. If the legislation is signed into law, Virginia would become the 16th state in the nation and the first Southern state to legalize small amounts of marijuana for adult recreational use.

Although social equity provisions have been included in legalization measures in some other states, they have for the most part not resulted in significant advantages in the marketplace for people and communities harmed by old marijuana laws, said Melissa Moore of the Drug Policy Alliance, a nonprofit organization that promotes drug policy reforms.

Some advocates say 30% wouldn’t go far enough. Chelsea Higgs Wise, executive director of Marijuana Justice, said her group would like to see at least 70% of tax revenue go into the reinvestment fund.

“It’s important to build equity into this from the beginning,” she said.

Black Virginians with marijuana convictions say expungement is one of the most important parts, because a criminal record harms their prospects for jobs, housing and credit. It can even affect their self-esteem.

Richard Coleman II said he was asked to leave four jobs and taken out of the running for at least six others because of his convictions for possessing a fraction of an ounce of marijuana, once as a college student in 2003 and a second time a few years later.

After 15 years of frustration, Coleman started his own medical supply courier business in Richmond because he gave up trying to find corporate jobs where he could use his degree in business marketing.

“When they find out about it, they say, ‘It’s in our conduct handbook that we can’t allow this,’ ” said Coleman, now 36.

“It’s been mentally aching. You see people expanding in their careers, and it’s not that you’re not capable of doing it, it’s that you’ve got some stuff on your record and people won’t allow you to show them that you’re capable,” he said. “I missed out on a lot of opportunities.”