RICHMOND, Va. (AP) — The Virginia Senate appears likely to censure a GOP state senator whose public apology fell flat after she had defended those who stormed the U.S. Capitol.

Sen. Amanda Chase, a hardcore acolyte of former President Donald Trump, sought to head off a censure resolution Friday by giving a floor speech declaring she was “completely horrified” by the Jan. 6 insurrection and condemned the violence at the Capitol.

“If I have offended any of you in this room, because I am very passionate about the Constitution, I apologize,” said Chase, who is running for governor. “I would like to put this behind us and move forward in a constructive positive manner.”

It was a markedly different tone from Chase, who previously had been defiant in the face of possible censure. Chase has previously called for martial law to overturn the results of the 2020 presidential election, and lost access to her Facebook account after falsely blaming leftist activists for the Capitol insurrection.

Sen. John Bell, a Democrat who sponsored the censure resolution, said he had private meetings with Chase in which they agreed he would drop the resolution if she publicly apologized and gave an unconditional condemnation of the violent riot at the Capitol.

But Bell said the rambling speech Chase gave on Friday — in which Chase lamented that she did not have every senator’s cellphone number before telling them that none of them are perfect — did not live up to that agreement.

“It was just far short of what was needed,” Bell said.

Last week Chase gave a floor speech that defended those who stormed the Capitol, including Ashli Babbitt, a woman who was shot by U.S. Capitol Police while trying to climb through a broken window into the speaker’s lobby.

“These were not rioters and looters, these were patriots who love their country and do not want to see our great republic turned into a socialist country,” Chase said last week.

But on Friday, Chase said she only meant to praise the people who attended a peaceful rally in support of Trump ahead of the storming of the Capitol.

Chase is one of many state lawmakers from around the country who attended a speech made by Trump on that day, but she was not part of the group that later stormed the Capitol.

A Senate committee recently advanced the censure resolution against Chase, accusing her of “fomenting insurrection against the United States” and other misdeeds. The resolution has not yet come up for a full floor vote, but Bell said he plans to move forward with it.

The censure would be a public rebuke, but would not limit Chase’s participation in the Senate. The upper chamber has already stripped her of her committee assignments.

During Friday’s floor session, senators in both parties responded to Chase’s remarks with skepticism.

Republican Sen. David Suetterlein criticized Chase for saying in a recent Facebook post that Babbitt has been “brutally murdered” by Capitol Police. Facebook has since taken down Chase’s page.

“Words matter,” Suetterlein said. “And when you say that they brutally murdered someone, that’s something that requires a lot of reflection.”

Chase said in an interview with the Associated Press on Friday afternoon that her comments had been sincere and it was “unconscionable” that other senators would doubt her intent.

“To question whether somebody’s apology is sincere enough for you, I mean, give me a break,” Chase said. “If they censure me, I will wear it like a badge of honor.” 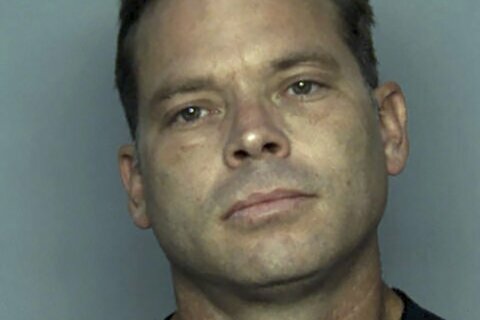