Corey Johnson, who was sentenced to death in connection with seven of the slayings, was right in the thick of it as one of the leaders of the Newtowne gang.
Listen now to WTOP News WTOP.com | Alexa | Google Home | WTOP App | 103.5 FM

TERRE HAUTE, Ind. (AP) — The U.S. government executed a drug trafficker Thursday for slaying seven people in a burst of violence in Virginia’s capital in 1992, with some witnesses in the death-chamber building applauding as the 52-year-old was pronounced dead.

Corey Johnson’s execution went ahead after his lawyers scrambled to stop it on grounds that the lethal injection of pentobarbital would cause him excruciating pain due to lung damage from his coronavirus infection last month.

He was the 12th inmate executed at the prison in Terre Haute, Indiana, since the Trump administration restarted federal executions following a 17-year hiatus. The last during the presidency of ardent death-penalty advocate Donald Trump was set for Friday.

Johnson, who his lawyers said was severely mentally disabled, was pronounced dead at 11:34 p.m.

When asked if he had any last words, Johnson appeared distracted, focusing on a room to his left designated for members of his family. Still glancing around, he responded, “No. I’m OK.”

Seconds later, he said softly while gazing intently at same room, “Love you.”

After the execution, his lawyers released Johnson’s last statement. In it, he said the pizza and strawberry shake he ate and drank before the execution “were wonderful” but he didn’t get the jelly-filled doughnuts he wanted. He added: “This should be fixed.”

“I want to say that I am sorry for my crimes,” he said. “I wanted to say that to the families who were victimized by my actions.” He also said he wanted his victims’ names to be remembered.

As the lethal drug began flowing through IVs into his arms strapped to a cross-shaped gurney, Johnson lifted his wrist and waved to someone in the room for his family. A low murmur emanated from the room in which someone seemed to be praying and offering words of reassurance to Johnson.

For two minutes, Johnson continued to try to speak. But suddenly, his eyelids drew down hard and his mouth fell agape. He moved only slightly after that. It took a little more than 20 minutes for him to die.

Reporters could not see into the witness rooms reserved for his family and for relatives of his victims. But it was clear the clapping came from the latter as an official pronounced Johnson dead. Someone also could be heard whistling.

Johnson’s execution and Friday’s scheduled execution of Dustin Higgs are the last before next week’s inauguration of President-elect Joe Biden, who opposes the federal death penalty and has signaled he’ll end its use. Both inmates contracted COVID-19 and won temporary stays of execution this week for that reason, only for higher courts to vacate those stays.

Lawyers have previously argued the pentobarbital injections cause flash pulmonary edema, where fluid rapidly fills the lungs, sparking sensations akin to drowning. The new claim was that fluid would rush into the inmates’ COVID-damaged lungs immediately while they were still conscious.

But during Thursday’s execution, there weren’t outward signs Johnson ever experienced pain — though some medical experts say pentobarbital can have a paralyzing effect that masks pain inmates might be feeling as they die. Government experts dispute that.

Johnson was implicated with playing a role in one of the worst bursts of gang violence Richmond had ever seen, with 11 people killed in a 45-day period. He and two other members of the Newtowne gang were sentenced to death under a federal law that targets large-scale drug traffickers.

Johnson’s lawyers described a traumatic childhood in which he was physically abused by his drug-addicted mother and her boyfriends, abandoned at age 13, then shuffled between residential and institutional facilities until he aged out of the foster care system. They cited numerous childhood IQ tests discovered after he was sentenced that place him in the mentally disabled category. They say he could only read and write at an elementary school level.

In a statement, Johnson’s lawyers, Donald Salzman and Ronald Tabak, said the government executed a person “with an intellectual disability, in stark violation of the Constitution and federal law” and vehemently denied he had the mental capacity to be a so-called drug kingpin.

“We wish also to say that the fact Corey Johnson should never have been executed cannot diminish the pain and loss experienced by the families of the victims in this case,” the statement said. “We wish them peace and healing.”

Richard Benedict, who was Johnson’s special education teacher at a New York school for emotionally troubled kids, said Johnson was hyperactive, anxious and reading and writing at a second- or third-grade level when he was 16 and 17.

Prosecutors, however, said Johnson had not shown that he was mentally disabled.

“While rejecting that he has intellectual disabilities that preclude his death sentences, courts have repeatedly and correctly concluded that Johnson’s seven murders were planned to advance his drug trafficking and were not impulsive acts by someone incapable of making calculated judgments, and are therefore eligible for the death penalty,” prosecutors argued in court documents.

C.T. Woody Jr., the lead homicide detective on the case, said that during his interrogations of Johnson, he denied any involvement in the killings and said police were trying to frame him because of lies people were telling about him.

“It did not seem to me that he had any kind of mental problems at all except his viciousness and no respect for human life — none whatsoever,” Woody said.

Former Assistant U.S. Attorney Howard Vick Jr., one of the prosecutors in the case, said the violence committed by Johnson and his fellow gang members was unmatched at the time. One of the gang’s victims was stabbed 85 times and another was shot 16 times. Johnson was convicted of being the shooter in a triple slaying, and participating in four other capital murders, including shooting a rival drug dealer 15 times. 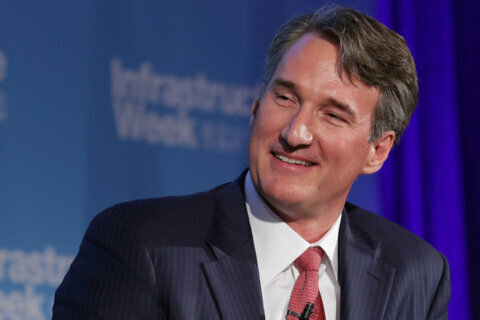