The State Council of Higher Education for Virginia posted a notice of intent Tuesday to award the contract to Barnes & Thornburg, whose clients include other colleges and universities, The Roanoke Times reported. The council’s Procurement and Fiscal Specialist Jennifer Brooks said the contract will be awarded at the end of the 10-day notice period.

State officials ordered the investigation in October after The Washington Post published a story that described an “atmosphere of hostility and cultural insensitivity” at the nation’s oldest state-supported military college. The story described incidents such as lynching threats and a white professor reminiscing in class about her father’s Ku Klux Klan membership. The Roanoke Times had also reported months ago on Black alumni speaking out about racism at the school.

The school’s superintendent resigned a week after the probe was ordered, but the school’s Board of Visitors President John William Boland pushed back in a letter. Boland wrote that the school welcomed the review, “However, systemic racism does not exist here and a fair and independent review will find that to be true.”

On Monday, VMI removed a prominent statue of Confederate Gen. Thomas “Stonewall” Jackson that until recently, freshman cadets were required to salute. “VMI does not define itself by this statue and that is why this move is appropriate,” said Interim Superintendent Cedric Wins, a retired U.S. Army major general and the first African American to lead the school.

During Tuesday’s Board of Visitors meeting, Wins said he wants to bring the school “into more of an inclusive environment” and “an environment that embraces diversity,” the newspaper reported.

“I think we need to take off any type of armor, any type of resistance that we have to having a discussion and dialogue about race, about racism, about those types of things for the betterment of the Corps of Cadets,” Wins said.

The council had sought an independent contractor to look into the school’s culture, policies and practices; identify any civil rights violations; compare VMI to other higher education institutions in Virginia; and recommend any necessary reforms.

The investigator is “strongly encouraged” to provide preliminary findings by year’s end, submit an interim report on or before Feb. 10 and deliver its final report before June 2021, a proposal request said. 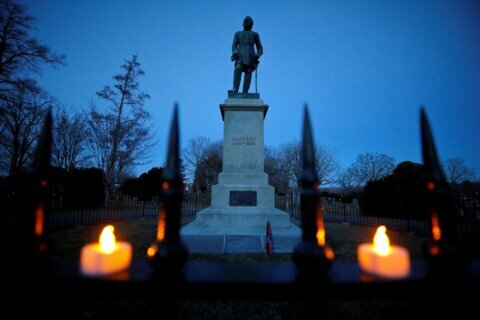