The Republican Party of Virginia says state elections officials have created confusion among voters ahead of the November election by failing to make it clear that a witness signature requirement for absentee voters has been waived.
Listen now to WTOP News WTOP.com | Alexa | Google Home | WTOP App | 103.5 FM

RICHMOND, Va. (AP) — The Republican Party of Virginia says state elections officials have created confusion among voters ahead of the November election by failing to make it clear that a witness signature requirement for absentee voters has been waived.

The GOP argues in a motion filed in federal court that the state Board of Elections and Elections Commissioner Christopher Piper have not adhered to the terms of a consent decree that said the state will accept absentee ballots without the signature of a witness for voters who believe they cannot safely have a witness present while completing their ballot.

The party argues the consent decree requires the state to “take proactive steps” to advise the public regarding the elimination of the witness signature requirement.

The motion was filed in a lawsuit brought in April by the League of Women Voters of Virginia against the State Board of Elections, arguing that absentee voters should not be required to find a witness to sign their ballots during the coronavirus pandemic. The lawsuit alleges that the witness requirement could force absentee voters to choose between not voting or risking their health by asking another person to come to their homes to witness their signatures.

The requirement was waived for the state primaries in June.

In August, a judge approved a similar agreement for the November election.

The Republican Party, which opposed the consent decree on multiple grounds, alleges in its motion that guidance issued on Sept. 4 by the Department of Elections on the witness requirement was “incomplete and confusing” to local elections officials.

“Their actions have sown voter confusion rather than assisting Virginia voters,” the GOP argues in the motion filed Friday.

The American Civil Liberties Union of Virginia, which brought the April lawsuit on behalf of the League of Women Voters, acknowledged Monday that the guidance issued by state elections officials was not clear.

“The instructions sent out by the Department of Elections about the witness signature requirement are unnecessarily confusing,” Vishal Agraharkar, senior staff attorney for the ACLU, said Monday.

“As a result, we are working with the State to try to take concrete steps to send the message that Virginia voters will not have their ballots rejected for lack of a witness signature. Our hope and belief is that we are able to quickly resolve any confusion without the Court’s involvement,” Agraharkar said in a statement. 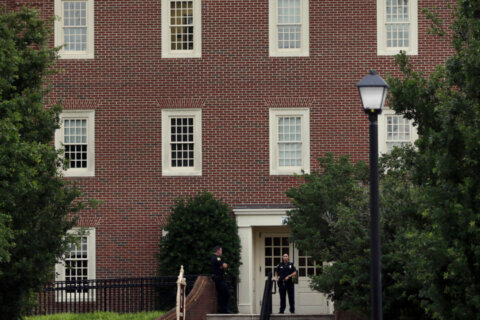