A 72-year-old man has died while in custody at an immigration detention center in Virginia that was the site of the largest coronavirus outbreak at a U.S. immigration facility.
Listen now to WTOP News WTOP.com | Alexa | Google Home | WTOP App | 103.5 FM

RICHMOND, Va. (AP) — A 72-year-old Canadian man has died while in custody at an immigration detention center in Virginia that was the site of the largest coronavirus outbreak at a U.S. immigration facility, a federal official said.

Kaitlyn Pote, a spokeswoman for U.S. Immigration and Customs Enforcement, said the man died on Wednesday night in a Virginia hospital, but no more information was immediately available, including whether the death was COVID-related, the Richmond Times-Dispatch reported Friday.

As of Aug. 6, there were 298 detainees at the center and 290 total detainees had tested positive. Currently, ICE says on its website that 259 confirmed cases are being monitored at the detention facility, which is owned by Immigration Centers of America.

In late July, The Globe and Mail, a Canadian newspaper, reported the man’s family said he was hospitalized in critical condition after contracting COVID-19. The newspaper also reported the man began having a high fever and breathing problems in the days before his flight back to Canada.

“This is exactly what we’ve been trying to prevent,” said Luis Oyola, community organizer for Legal Aid Justice Center. “And since before there was a single confirmed case in Farmville. We put this on ICE. We put this on ICA and we put this on the state government for sitting and watching it all unfold and not taking decisive action.”

Alena Yarmosky, spokesperson for Gov. Ralph Northam, said in a statement that the state isn’t able to enter the detention center without permission from the facility but that the governor has “pushed for months” to gain access to increase testing and disease management. The statement also said the Virginia Department of Health has repeatedly tried to assist with testing but was denied.

“Only last week, after the Governor went directly to the President for assistance, did the CDC agree to intervene for widespread testing,” Yarmosky said. “Everyone deserves protection from this virus, no matter their immigration status.”

Virginia Del. Ibraheem S. Samirah, D-Fairfax, called on Northam to shut down the immigrant detention center in Farmville in a statement Friday, saying that “the worst fears of advocates and the families of those detained have been realized.”

On July 22, The National Immigration Project and Legal Aid Justice Center filed a lawsuit against ICE, calling the outbreak at ICA-Farmville a “human rights violation.”

Last week, ICE told the Richmond Times-Dispatch that the facility “has ramped up its efforts to protect and care for detainees in its custody by providing face masks, procuring additional handwashing stations and most recently, administering comprehensive testing of all detainees.”

The agency added that medical checks and temperature screenings are done twice a day. 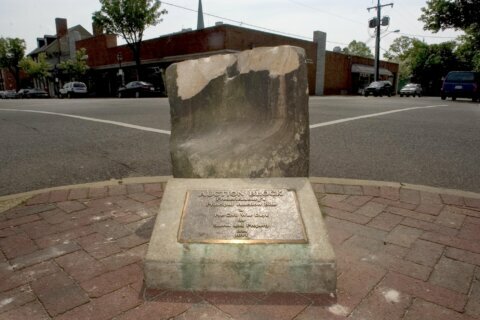