RICHMOND, Va. (AP) — Democratic state Del. Jennifer Carroll Foy of Prince William County has filed paperwork to run what could be a history-making campaign to become Virginia’s first woman governor and the first African-American female governor in the United States.

Carroll Foy, an attorney and two-term member of the House of Delegates, hasn’t held a formal campaign kickoff, but the Virginia Department of Elections’ website shows that she registered a gubernatorial campaign committee Friday. The filing was first reported by The Virginia Mercury.

“The delegate is focused on the state’s response to the pandemic and helping her constituents manage this crisis,” her chief of staff, Josh Crandell, said in a statement.

If she were to win next year’s race, the 38-year-old Carroll Foy would be only the second woman ever elected to statewide office in Virginia. The first was Mary Sue Terry, who served as attorney general in the late 1980s and early 1990s.

Carroll Foy, considered a rising star in her party, grew up in Petersburg, one of the state’s poorest cities, and was among the first women to graduate from the traditionally all-male Virginia Military Institute. She’s also been a foster parent and worked as a public defender.

She took on a high-profile role this session as one of the sponsors of a resolution that the new Democratic majority quickly advanced, making Virginia the critical 38th state to ratify the Equal Rights Amendment.

She also carried a number of criminal justice reform measures, including a bill that repeals a state law that allowed police to arrest and jail an individual declared a “habitual drunkard” by a court if that person possesses alcohol or is publicly intoxicated. The law was declared unconstitutional last year.

She’s called for a number of reforms in light of the coronavirus pandemic, including requesting a vote-by-mail system for the November elections and asking Gov. Ralph Northam to increase the cap on unemployment benefits.

Republican Sen. Amanda Chase, a populist who is outspoken on gun rights and often clashes with members of her own party, announced her candidacy in February. Republican businessman Pete Snyder has also indicated an interest in running.

Republicans have not won a statewide election in Virginia in more than a decade.

Part of a blue wave in 2017 that flipped an astonishing 15 Republican-held seats, Carroll Foy — who gave birth prematurely to twin boys during her campaign — handily defeated a Republican challenger for an open seat representing Prince William and Stafford counties.

She said in an interview with the AP during that campaign that President Donald Trump’s election and “anti-woman” legislation in the General Assembly had prompted her to run. 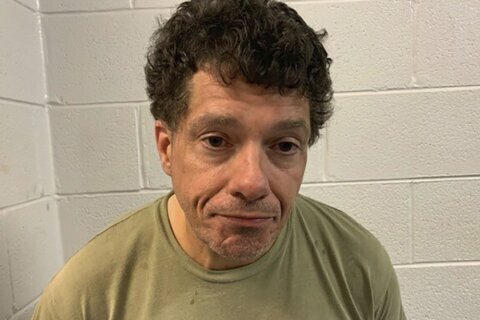 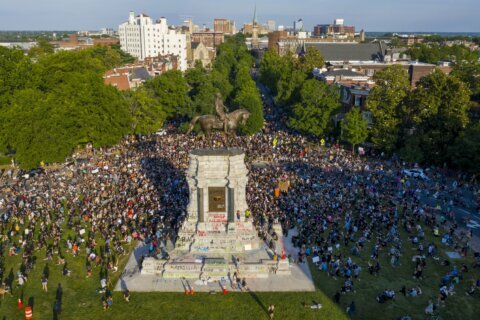